Surging Chennaiyin host revitalised Jamshedpur in the chase for playoffs 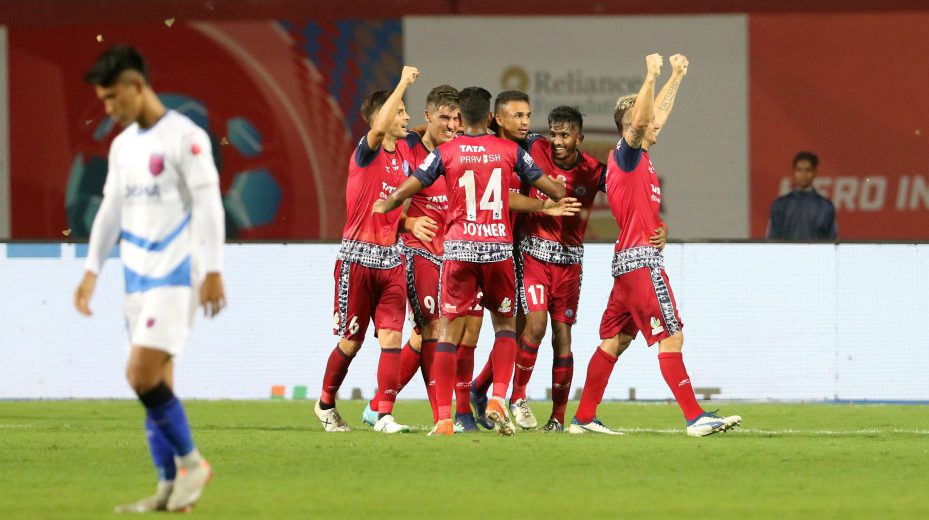 The race for the playoff spots is set to get hotter as Chennaiyin FC host Jamshedpur FC at the Jawaharlal Nehru stadium here on Thursday.

Both sides head into the clash high on confidence as they seek a strong win to close the gap to the top four. Chennaiyin, placed seventh on the table with 15 points, have won back-to-back games which have featured some good attacking football. Jamshedpur, meanwhile, snapped a six-game winless run with a 3-2 win over Kerala Blasters that propelled them back into the play-off race.

“It looks pretty clear that three teams will take the first three play-off spots. We have one spot we can realistically get. We are there in the mix, fighting for it despite the injuries we have had. This match is like a final for us,” Jamshedpur FC coach Antonio Iriondo spelt out the importance of Thursday’s match.

Chennaiyin will look to flex their muscles at home. In the last 5 home matches, Chennaiyin have lost just one match, scoring 12 goals in the process. Jamshedpur, on the other hand, have a very poor away record. Since last season, the Men of Steel have won just two matches away from home.

The Marina Machans have found their attacking mojo under manager Owen Coyle. Under him, Chennaiyin have scored 12 goals in six matches and the key to that has been Rafael Crivellaro and Nerijus Valskis. While Valskis has been banging in the goals, the creative outlet is Crivellaro. The Brazilian has been on fire under Coyle and has 24 key passes to his name, the most by any player in the ISL.

“Jamshedpur are coming after a big lift, having won against Kerala Blasters. For us, what is important is that we managed to score goals. We have shown we are dangerous offensively. But we need to have some balance,” said Coyle. “We missed a lot of chances (against NorthEast United) but those chances came as a result of our football. But we did score two great goals. We have improved our goal tally but there is room for improvement. We need to be more clinical up front. Because if we score early, we put the game to bed,” he added.

Chennaiyin’s attack might just fancy themselves against a Jamshedpur FC defence which has failed to keep a clean sheet in the last seven matches. Moreover, they will also miss defensive mainstay Tiri who was injured in the win over Kerala Blasters.

“Chennaiyin have great attacking players. They have changed the coach and their spirit and energy are high. We know there is no Tiri for us in defence but I can confirm the player we choose will do great and we will fight for the victory,” stated Iriondo.

However, the return of Sergio Castel is a huge advantage for Jamshedpur’s attack which has looked toothless during his absence. He scored a penalty after coming on as a substitute against Kerala and should start the game in Chennai. His importance to Antonio Iriondo’s set-up is such that Jamshedpur have never won a game without Castel’s involvement.

With the likes of Farukh Chowdhury, Noe Acosta and Aitor Monroy playing well, Iriondo will hope his Castel gets good service upfront as they seek to notch a vital away victory.