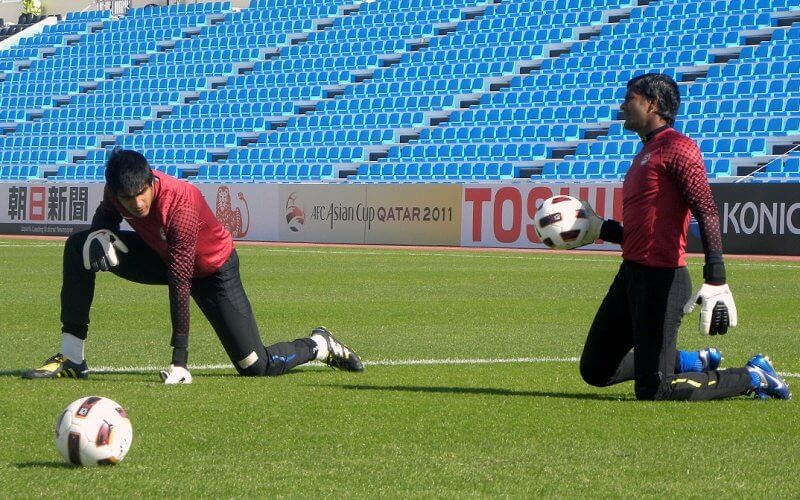 Termed as the ‘Superwall’ of India, National Team goalkeeper Gurpreet Singh Sandhu states that he has always idolised ‘Spiderman’ Subrata Paul, and is “lucky” to have been able to train and watch Subrata from close — both on and off the training pitch.

Ask any player, and he will always tell you about his idol. “Subrata-bhai has been one of my role models when I was starting out. I was lucky to have been able to train with him. The things he did, and still does in training — I wished I could do the same and tried to replicate them when I was young,” Gurpreet said.

Gurpreet was only 18 when he was part of the Indian team for the AFC Asian Cup Qatar 2011, where Subrata produced some stunning displays that earned him the nickname ‘Spiderman.’ Recalling the experience of the competition, Gurpreet mentioned that it was ‘the perfect example’ for him to learn from his senior.

“The team we had for the AFC Asian Cup 2011 consisted of so many iconic names in Indian football, including Subrata-bhai, who was simply excellent. I was the youngest player in the team then, and he was the perfect example for me to learn from. I tried to grasp as much as I could from observing him from so close and the experience has helped me become the player I am today,” he stated.

“Technically we have all seen how good Subrata-bhai is. He has been a role model for all aspiring keepers in the last decade-and-a-half. He is such a strong character mentality wise as well and his determination and commitment towards the team are really admirable.”

‘SOMETIMES I SEE MYSELF IN GURPREET’

Meanwhile, senior pro Subrata Paul smiled hearing Gurpreet’s comments about him. “It’s very kind of him to say so,” he stated. “I know him since the 2011 AFC Asian Cup where he was my room-mate for the last two months. He is someone who never fools around during practice sessions and is tireless. Sometimes, I see myself in him,” he added.

Subrata mentioned that it was Gurpreet’s ‘confidence’ in his abilities that stood out and wished him well for the future. “What struck me about him was his confidence about himself. He was never averse to learning new stuff.”

“He is still young and I wish him all the best. You need to stand up and serve your country for long. Good luck,” the ‘Spiderman’ stated.

Both keepers have had stints with European clubs and have won the Arjuna Award – Subrata in 2016, and Gurpreet in 2019. Their dominance has also been the talking point at the domestic level with Subrata winning the Hero ISL Golden Glove award in the 2017-18 season, while Gurpreet won it in the next two editions.