Sergio did a great job, next step is to do well in AFC Champions League: FC Goa Head Coach Juan Ferrando 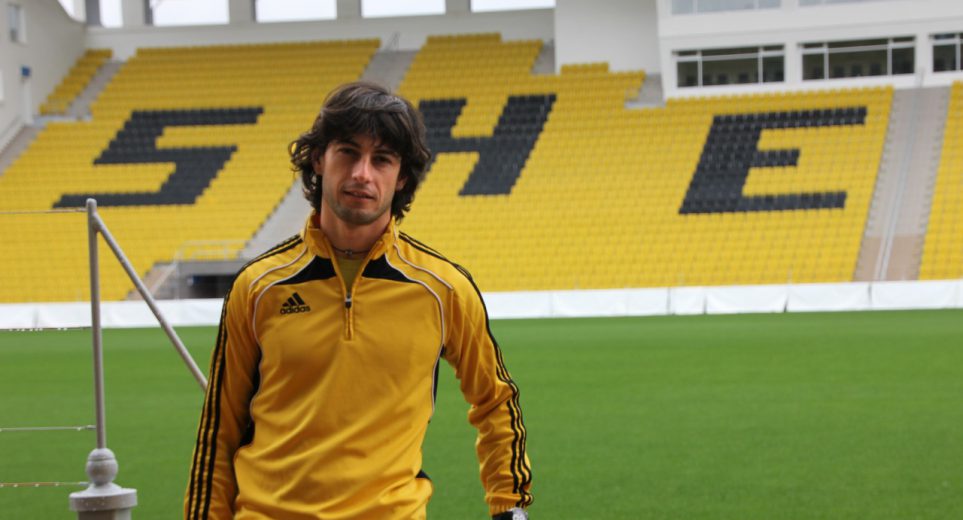 FC Goa recently announce the appointment of Juan Ferrando as the Club’s new Head Coach. Hailing from Barcelona, Spain, Ferrando began working as a football coach at the age of 18.

Ferrando joins FC Goa from Greek side Volos FC, who gained two promotions in as many seasons under his command, and has ever since been playing in the Greek Super League. He will take charge of the Gaurs for the upcoming season of the Indian Super League and the AFC Champions League campaign.

From his home in Spain, Coach Juan Ferrando shared his plans for the club in the season ahead.

How does one take a new assignment like you have taken during the time of uncertainty that we have right now?

Right now, I don’t want to focus on the present COVID situation. I am thinking of the future with my club in Goa and thinking of how we can start the pre-season like in normal times.  My focus is to prepare the team and we have commended with planning the schedules. I have regular meetings over video calls with the fitness coach and all the coaching staff. The doctors and the physios are in touch with me. I am in touch with Ravi (Puskur) – the Director of Football and other members of the staff.

Presently, every morning, we have a meeting with the fitness coach to prepare plans for individual training sessions. That is based on if the players can run or cycle or can only work at home if they are in a region which is in partial or total lockdown. Of course, it is not an ideal situation but at this moment, we have to do our best in our current circumstances.

FC Goa’s has always played an entertaining brand of football and the previous Head Coach also did the same. Do you think it will be necessary to change the style?

No. I don’t feel it’s necessary to change the style. The most important thing is for the players to enjoy their game and for the supporters to enjoy the style of play. Building the squad towards that direction is very important in regards to our style. You need to have the correct players who understand the way we play football, the methodology and the philosophy.

You have had a lot of success in Volos. What made you move out of Europe and move to Goa, India? What was that one thing that attracted you?

It’s a new experience. I have always kept my mind open. My methodology or coaching is not exclusively meant for Spain or any other part of Europe. In the end, the most important thing is that your methodology or philosophy fuses with a local culture. That brings out a great experience.

Here, I feel there is a chance of making this experience really good one because I am in a position to help Indian players and the future of football in the region.

Every day I have to look to change the details, because for sure the mentality, the strengths and weaknesses of the Indian players will be different than what I have experienced. And if we can do that, I am 100% sure that we will have success.

What are your views of the current squad and what are the necessary changes that you would like to implement?

Currently I am watching a lot of the matches played by the team I am learning and analyzing the players. It would be great if I could have travelled to Goa to take in things directly – to take in the atmosphere and talk with the people there – but that may take a while.

I have a few points which may need change in my head, which are very important because this club is going to be playing the AFC Champions League next season.  This competition is not only important for us, but also for Indian football and it’s very important to be ready for these games.

You come from the brand of young coaches. Have you ever found it challenging to assert your authority as a younger coach?

I believe it is important for everybody to enjoy. Some players come to the dressing room or the pitch and are not happy. If they are not enjoying the training or playing football, that’s one of the primary problems.

That’s why I like to focus on planning training sessions that players can enjoy. I like to have exercises where players have free moments, when they have to make a decision. That’s when they feel free. I don’t want to confine them to roles. But then again, it’s not always the same and depends on the situation.

We are in a situation where football has resumed in empty stadiums? How do you react to it?

I am so sad about this situation. When you are in a big stadium and you have so many supporters, it’s such a great thing. However, we can’t do much about it. Playing in empty stadiums, though, is not really strange for me. When you are playing in the reserves or the underage groups, there are not really many people. You have fathers, mothers and uncles. Not many supporters there. I hope in some months the situation improves and people can come to the stadium to support their teams. There is just extra motivation with the people in the stadiums.

Tell us about your move to Coaching.

I couldn’t continue playing due to injuries so I moved to coaching because I love football. During my time at Arsenal, I was involved in the physical aspects of the training, but it was a great time for me to learn under Arsene Wenger, that’s what the real situation was. It was the same with my time at Brighton. Under Gus Poyet, I learnt a lot. All the coaches have different ways. It was a great experience and I saw things from a different perspective.

Have you followed Sergio Lobera at FC Goa? What would you take from his tenure?

Sergio did a great job. The team played so well and won the ISL League shield. The next step is to continue to see the team grow and play good football and do well in the AFC Champions League.

Any coaching inspirations you have learned from?

Last few years, Tuchel in PSG was doing a great job, Allegri in Juventus was great. Conte whilst in Chelsea was perfect to learn from. Others like Marcelo Bielsa. He is crazy but an inspiration and of course Pep Guardiola.