Representing a Punjabi club for the first time an emotional matter: Bikramjit Singh Having played for clubs across India and winning numerous trophies, veteran midfielder Bikramjit Singh will represent a team from his home state for the very first time as he dons the RoundGlass Punjab FC colours for the Hero I-League 2020-21 campaign.

“Honestly, had I retired without playing for a club from Punjab, it would have always pinched me for the rest of my life. At the junior level, I could not represent my home state much as I started playing for India at U-13 level and now, I count myself lucky and thank God that I have come into such a wonderful set-up with my new team.

“I hope for a good season ahead and wish from the bottom of my heart that I keep playing for this team till the end of my playing days if all goes well,” an emotional Bikramjit told www.i-league.org.

The 28-year-old, who hails from Gurdaspur in Punjab, is already a two-time Hero I-League winner with Churchill Brothers (2012-13) and Mohun Bagan (2014-15) and is determined and ‘hungry’ to complete a hat-trick in the upcoming season, which kicks off on January 9, 2021.

“Ever since I started my career, I have always been hungry every season to win trophies and earn the title of ‘champion’. It will always be my aim as long as I play. Jitna jeetun, utna kam hai (No matter how much I win, it’s never enough). This season, I hope that the whole team fights hard as a unit and wins the championship in the end,” Bikramjit declared.

Ahead of the upcoming challenge, the side from Punjab has roped in former Republic of Ireland international Curtis Fleming as head coach and have put together a formidable squad, consisting of the ‘right mix’ of senior and junior players. 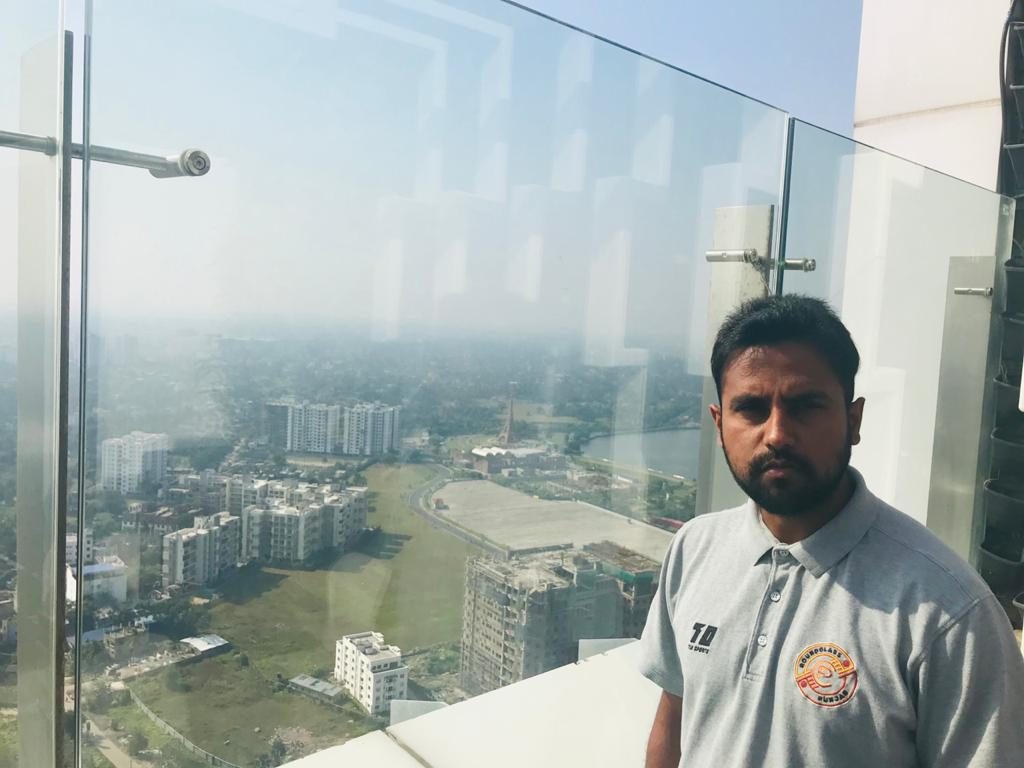 “We have the right mix in our team. We have quality senior and junior Indian players, along with excellent foreigners. In every position, we have at least one senior and junior player, which is great for the development of young players,” the midfielder quipped.

He added, “A key ingredient in a winning team is teamwork and the atmosphere in our dressing room is perfect. There is an open environment where there is no difference between seniors and juniors, and everyone is comfortable with each other. As a senior myself, I see the young guys as my younger brothers and try to make them comfortable.

Bikramjit began his Hero I-League journey with the Indian Arrows all the way back in the 2010-11 season and according to him, the experience played a ‘massive role’ in his career and that facing his old team in the coming season will be an ’emotional’ moment.

“Indian Arrows have had a massive role in my life. It was a great step taken at the time and so many former Arrows players are now playing across the country. The team and that experience are close to my heart and playing against them now will be emotional. However, playing against a former team is a scenario I have faced many times before and as a professional, I am committed to giving 100% for my team,” Bikramjit stated.

RoundGlass Punjab FC have been training in Kolkata since early November under the COVID-19 guidelines and SOPs provided by the All India Football Federation (AIFF). With the players having returned from their respective homes due to the lockdown, Bikramjit feels that the team’s systematic training programme has enabled them to grow in fitness gradually.

He said: “This was the first time any of us had spent so much time at home at a stretch. I am delighted to see that the club is so professional and the training is so well-organized. The coaches and physical trainers have been working on us and slowly increasing the workload, and slowly but surely, all the players are regaining their fitness and confidence.”