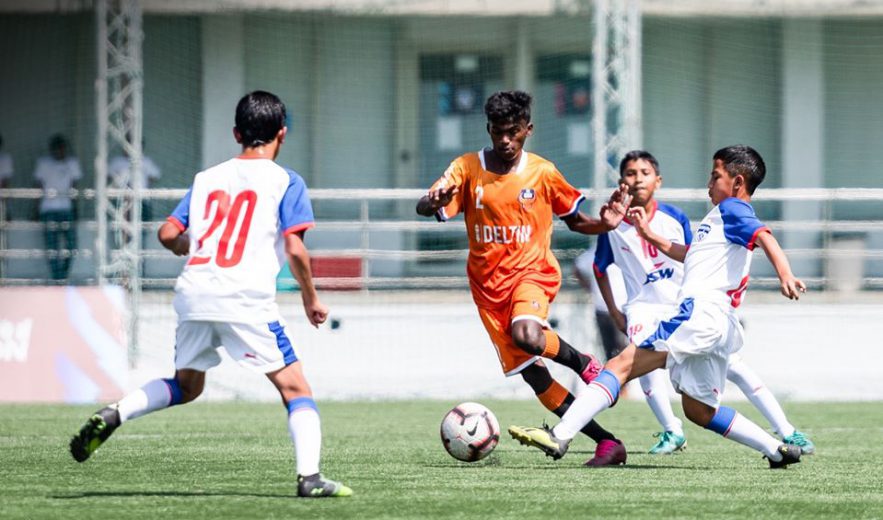 FC Goa left it late to win the battle between the two Indian Super League sides as the young Gaurs defeated Bengaluru FC 2-1 on day two of the PL-ISL Next Generation Mumbai Cup 2020 at the Reliance Corporate Park, Navi Mumbai here today.

The Goans looked comfortable in possession-play from the very outset, as Rayan Menezes, the Junior Gaurs’ central midfielder remained pivotal to keep the game ticking from the centre of the park

Bryson Pereira finished off a flowing move that had originated on the right flank in the 11th minute, all thanks to some rigid build-up play. Bengaluru FC kept trying to restore parity but were unable to do so in the remainder of the first half.

After the restart, the Young Blues looked a much better attacking outfit, with Monirul Molla spearheading their charge. However, their forays were contained impressively by an FC Goa rear-guard, which was marshalled admirably by the likes of Reezvon Sebastiao Fernades and Wesley D’Sa.

In the 46th minute though, Bengaluru FC got their equaliser when Yaphaithoi Magsatabam prodded home from close range. The ball broke to him after Prajay Gawde’s heroic goal-line clearance bounced off the crossbar.

Both teams pressed incessantly for the winner in the dying stages of the match. In the final minute of regulation time, Rohan Mangaonkar scored with a 30-yard screamer to ensure that the Gaurs tasted victory for the first time in the tournament.