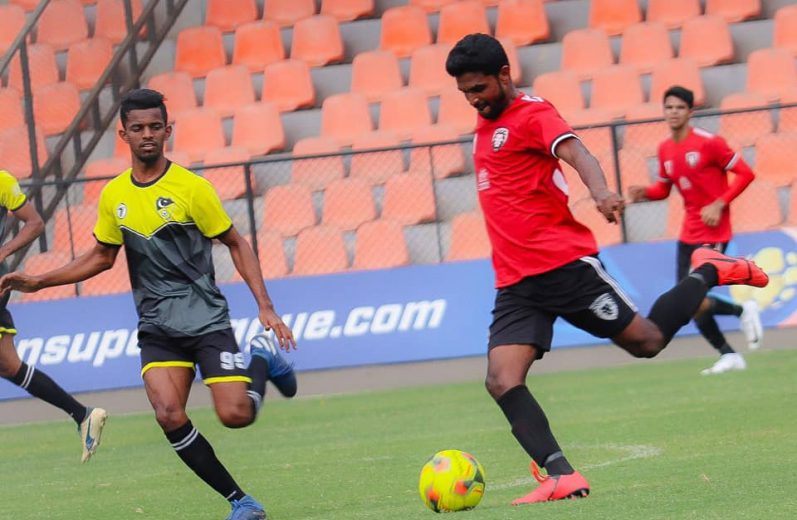 Tarique Ansari opened the scoring around the half hour mark to put Millat in lead however Divine immediately struck the equalizer to put PIFA on level terms. Stephen’s added time goal before the lemon break ensured PIFA at advantage.

PIFA came out with full force with momentum on their side and added one more to the tally through Nawab’s goal round the hour mark. Merick Fernandes then managed to reduce the deficit few minutes later to bring Millat back into the game. However, a late goal from wellin put the game to bed diffusing any sort of fight back opportunity for Millat. The win took PIFA to the pole position of Elite Division table/

Meanwhile, JMJ Sports Club produced a five-star performance and smoothly cruised to a 5-0 win against Mumbai Port Trust in a Super Division match of the Rustomjee-MDFA League 2019-2020 and played out at the Neville D’Souza ground, Bandra on Wednesday.

The highlight of JMJ Sports Club’s easy victory was the brilliance of striker Satish Hawaldar who struck the last three goals, all in the final 10 minutes of the match. Earlier, Rohel Shaikh and Shival Yadav scored one goal each to give JMJ Sports Club the perfect start.

Also Read: Mohammad Nawaz: Revolutionising the role of the goalkeeper in Indian football