Mohammad Nawaz: Revolutionising the role of the goalkeeper in Indian football 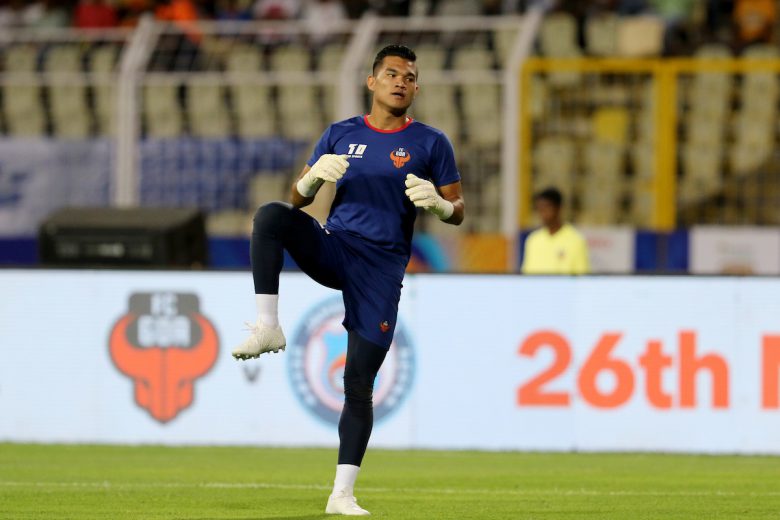 20 year old youngster Mohammad Nawaz has yet again been a source of confidence at the back for the Hero Indian Super League side FC Goa.

The world over, the marketing departments of football teams send out a strong and consistent message. It’s to their fans, their community – the true heart and soul of any club. It’s a message to be one; on match days to be the team behind the team, the voice that invokes passion in their set of players and intimidates anyone who tries to lay down a challenge – to be the 12th man.

There is a meaning to it all and undoubtedly an advantage to be gained. But what about the 11 on the pitch? Whilst an abundance of noise and signs of intimidation (whether through flares, chants or tifos) give an edge to a team, nothing is more important than every last man on the pitch.

To garner attention to the same, modern day football and its managers have taken measures to romp home that advantage. There has truly been a renaissance of sorts in the sport. The modern day striker(s) these days is/are the first line of defence if imparted the knowledge of tactical pressing. Similarly, on the other side of the pitch, the modern day goalkeeper is an intricate part of the machinery.

The coming of age of Nawaz

Whilst the jubilant NorthEast United fans rejoiced in the stands, the 11 men in FC Goa colours remained standing – stunned, as Federico Gallego romped off to the corner flag to celebrate a goal in his very first game in the ISL. A mistake in his very first game on the big stage from teenager Mohammad Nawaz had cost his team a goal.

The learning curve was, indeed a steep one. In nearly two seasons since then with the club, the youngster from Manipur has established himself as the coach’s most trusted option in front of goal. It’s not only been his ability to command the box or his commendable shot-stopping abilities, but also his ability to truly be the first man, the instigator in the FC Goa attack that has helped spark confidence in his coaches.

His craft is not only limited to how he can transform his body into a kite that swoops through thin air to thwart a shot or a cross from reaching its intended target. The artistry extends to his feet. It feels natural – programmed by thousands of minutes on the training pitch.

There is faith in his abilities as the defenders split wide to make room for him to come into his own. He knows he can’t manufacture time, but he knows that  a second in his head is worth two on his feet. The complex is made to look simple as the pressure from opposing teams is beaten all over again. The Gaurs go rolling again – Nawaz at the heart of it.

Also Read: We are trying to implement a quicker passing game, insists Dennerby

With the start of the 2017/18 season the Gaurs reinvented themselves  with their style of play. An offensive scheme of game play brought about exhilaration for the fans in the stands and the millions watching on television and mobile sets across the country.

The likes of Coro, Manuel Lanzarote, Edu Bedia and Ahmed Jahouh combined with the Indian agents of conviction such as Mandar Rao Dessai, Brandon Fernandes and Seriton Fernandes to turn the football pitch into a stage to deliver magnificence.

There was subjective success and yet, there remained a sense that the team could do better – not only in terms of silverware but also in terms of their play. Whilst they established their hold in midfield and enjoyed success in the opposing third of the field, the winds in their backline were a little too gusty time and again for people to ignore.

The simple yet extravagant FC Goa blueprint augers to eke out an advantage in all phases of play and in every space on the pitch afforded to them. An essential cog to the wheel is the role of the goalkeeper. With possession paramount to the philosophy and a sense of security, being the need of the hour, in stepped Mohammad Nawaz. 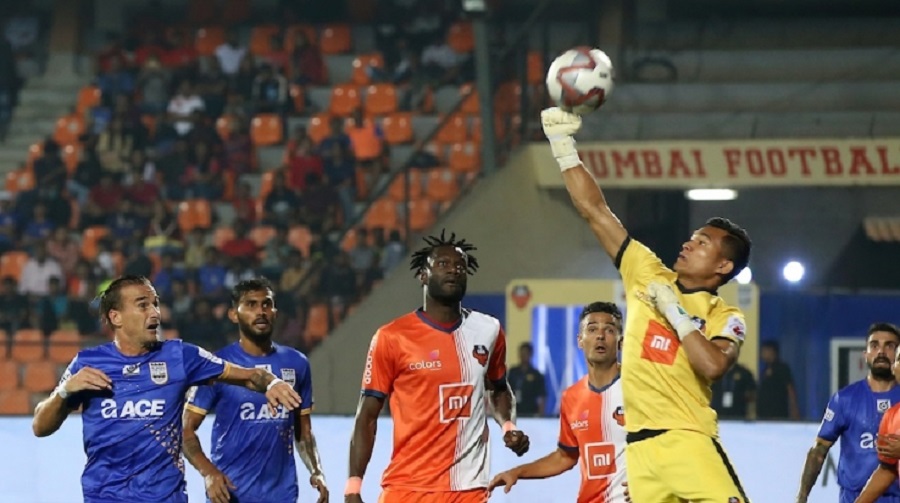 The Manipuri’s introduction to the league might not have been the smoothest, but over the space of the last two seasons, the youngster’s performance has smoothened the creases in the Gaurs’ defensive line.

“He has really matured into a complete goalkeeper,” opines Carlos Pena. “The way he plays at the back helps us to play with confidence upfront. He is almost never flustered and astute with his decision-making. That confidence at the back reverberates throughout the side – he is as important to our defence as to our attacks.”

The youngster has not only infused a sense of calm at the back for FC Goa, but also introduced youthful energy to a defensive line built on the shoulders of experienced veterans. At 5’9”, Nawaz is not your prototypical specimen that you associate with a keeper. But what he lacks for in height, he more than makes up with his keen awareness of the surroundings and impressive agility.

“On the ground, you have to utilise every single man available to you,” states FC Goa Technical Director Derrick Pereira. “That’s how you create advantageous situations for you all over the pitch – whether it be in the middle of the pitch or at the back. The days of just protecting the goal are long gone. Nawaz gives us an advantage. We have the trust in him to truly build from the back. We are able to press higher up the pitch and put more pressure on the opposing goal.”

The tactic might not work for every team, but for Nawaz and FC Goa – they seem to fit like a glove. And in finding each other – the Gaurs are once again setting an example or rather should we be saying, setting the benchmark. The game and its tactical aspect are often likened to a game of chess. However, unlike a game of chess, football on most occasions, gives both teams an equal number of pieces using which a team can create an advantage.

The grand design demands lending help in not only the movement but also complementing the pieces around it. The movements are geared towards an aim and Nawaz’s ability to be more than just a baby-sitter of the goal allows the team to function in the way it wants to.

FC Goa’s run of 5 wins on the trot at home has shown that the 12th man has certainly played a huge factor from the stands. However, a haul of 10 wins from 16 games, a spot at the top of the table and a third successive season in the playoffs mean that you have to take a closer look at the 11 on the pitch.

There is this club who looks to perfect what some might already term impressive. The emergence of Mohammad Nawaz in the middle of it all has helped the Gaurs push the boundaries even further.