ONGC make it three wins in a row 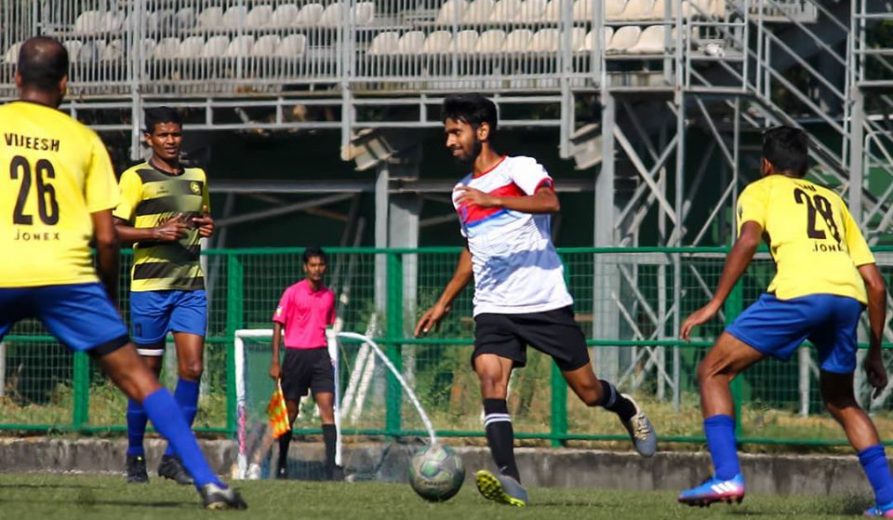 ONGC continued their winning run with another dominating victory over Western Railway SA by a convincing 4-1 margin in an Elite Division match played out at the Cooperage ground on Friday.

Western Railway started out on a bright note when Sadique latched on to athrough ball from middle of the park before finishing it past the keeper to make in 1-0 in just the 2nd minute of the game. However the joy didn’t last long as WR ended up conceding in the very next minute of the game via own goal. Arif rounded off his keeper before taking a shot that took a deflection off the last defender Basudev before nestling into the railways net.

ONGC then took charge of the game creating some really good chances however found it difficult to beat Jagrup Singh who pulled off some exceptional saves.

Also Read: 1000+ kids to play football in Pune through “Just For Kicks” program

As the game entered the added minutes before the first half break, Himanshu’s powerful shot was blocked away by the WR keeper however the rebound fell for Arif who made no mistake in converting it to send ONGC on lead at break.

In the 2nd half, around the hour mark, Himanshu got in to the score sheet after Lalamanpuia found him space to run and take the strike to the wide of the post. Then later in the game, substitute Shravan added to the tally with a simple tap-in after Himanshu’s ball from the wide of the box beat the diving keeper to find and unmarked Shravan.

The game ended at 4-1 in favour of ONGC as they picked their third win in a row.