Once rejected by even 3rd division clubs in Kolkata, Sandesh Jhingan now relishes the pressure of captaincy 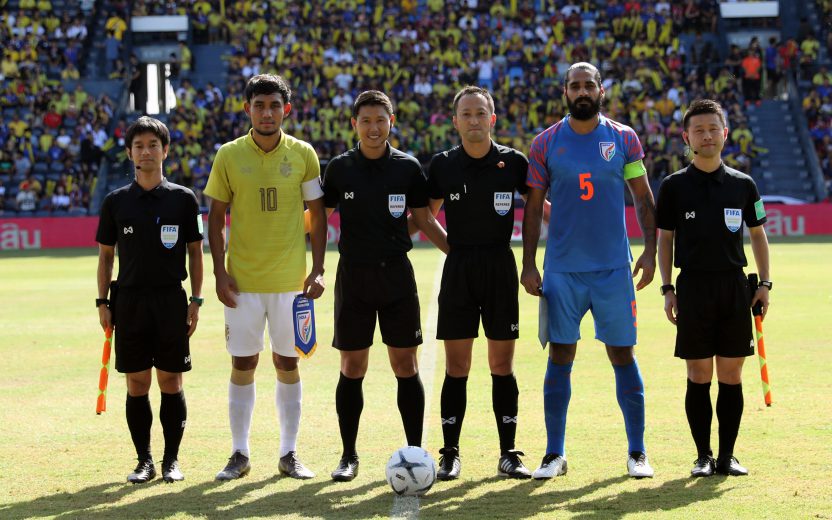 Sandesh Jhingan may be one of the hottest properties in Indian Football at the moment, and with him being a free player, the talk of the town every day is speculating his next move to a prospective club.

But it was not long back when Jhingan had got rejected by a lot many 2nd and even 3rd division clubs in Kolkata, and that had put the sturdy central defender quite in jeopardy over his footballing future.

“It was during the starting phase of my career. Back then I was looking for clubs and I appeared for quite a few trials at a number of clubs in Kolkata — even in the second and third divisions. But I was rejected by all,” Jhingan revealed in a chat with AIFF TV.

“That is when I realised that I had to work harder in order to realise my dream,” he smiled. And that was when he was “picked-up by United Sikkim Football Club.”

“That really was a dream come true for me. A couple of months back, I had been rejected by so many clubs in Kolkata, and now I was joking with Renedy bhai and Bhaichung bhai,” Sandesh stated. “We used to train under coach Stanley Rozario when we saw Renedy (Singh) bhai taking some freekicks,” recalled Jhingan. “I just felt like going on my knees and kissing his feet. When I shook hands with Bhaichung bhai, I didn’t feel like washing my hands afterwards.”

Since then, “enjoying situations” is what has enabled him to perform upon his shoulders, Jhingan maintained. “There’s immense pressure when you’re captaining a nation of 1.3 billion people,” said Jhingan. “The eyes are on you, and the stakes are high. But these are situations that I tend to enjoy a lot. There is, after all, an immense honour in wearing the captain’s armband.”

“Not everybody gets the opportunity to lead a country of 1.3 billion. Perhaps when I look back, I could tell my kids about such experiences,” he continued. “But the leadership role does not just end with the guy wearing the armband, it’s about all the players. You may be the captain, but you still have to do your job on the pitch.”