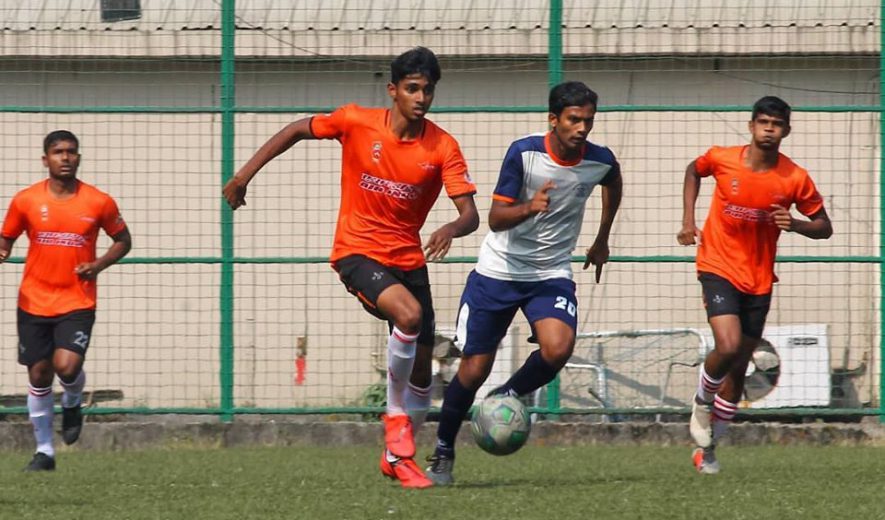 The match seemed pretty one sided affair in terms of possession as Air India controlled majority of play. However, MS Police dug deep to produce a gritty defensive display and come out with a crucial point.

The first chance of the game came to Azza Noorani whose goal bound cross brought a good save from MS Police keeper Tausif Ansari. Few minutes later another attempt from Azza was once again punched away Tausif but the ball fell only as far as Yogesh whose rushed shot went straight to the keeper’s hand.

Deepak Patil received the first caution of the day for a reckless tackle on the Air India’s Ashique. Near the fag end of first half, Yogesh found the back of the net however the linesman ruled the goal offside as the game entered break without goals.

In the second half, Tausif went to catch a cross from Air India’s Rosenberg however the keeper spilled the ball which Yogesh did well to tap-into an empty net. However the striker had fouled the keeper in the process as the linesman ruled out the goal. At the other end, MS Police had a good chance to go one up after Shannon handled the ball just outside the box.The resulting free-kick came off the bar as the score remained 0-0. In the last quarter of the game, Deepak Patil was shown the 2nd yellow of the day for entering the pitch with permission.

The resulting indirect freekick saw Air India veteran Vijith Shetty sending a looping ball inside the box for a header, however Tausif once again came to the rescue for MS Police with a flying save as the game ended 0-0.