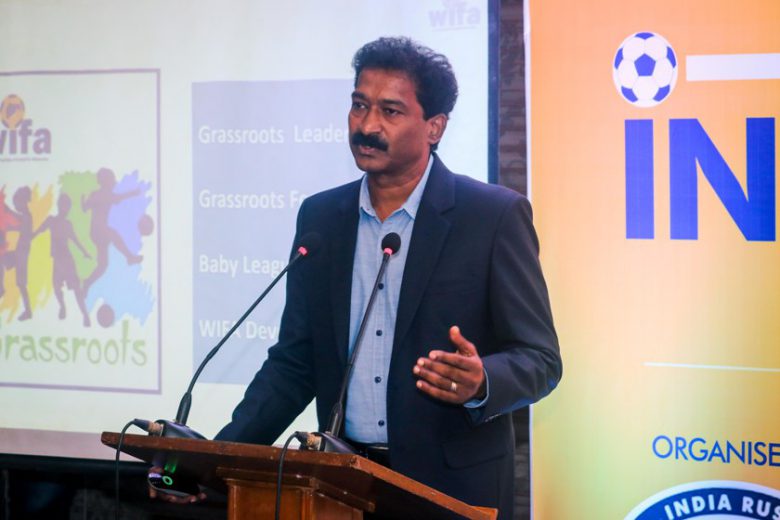 Former Indian international footballer, Deputy Chairman (Technical Committee of the AIFF) Mr Henry Menezes shared his takeaways with us from the “Challenges of the Sportswear and Activewear Conclave” where he was invited.

India today is at par with wider global fitness trends. The booming economy and changing lifestyle preferences have compelled Indian consumers to be more health-conscious and add new health and wellness routines to their hectic lifestyles. This trend has largely benefited the sportswear industry in India, which now is among the top in-demand fashion segments of the country.

According to a research report published by Global Industry Analysts Inc., the global market for Sports and Fitness Clothing is projected to reach the US $231.7 billion by 2024. The research also indicates that technological developments designed to improve comfort and performance have also led to the growth in sales of sports apparel. The report points out that the Asia-Pacific region is expected to be the fastest-growing region, with a CAGR of 6.9 per cent over the forecast period. Sales came from emerging markets, such as India and Thailand, as well as the US, the world’s largest sportswear market.

In active and endurance sports, the performance of sportswear is synonymous with its comfort characteristics. It should be capable of maintaining the heat balance between the excess heat produced by the wearer due to increased metabolic rate on the one hand, and the capacity of the clothing to dissipate body heat and perspiration on the other.

Mr Menezes talked about the revolution of sportswear from cotton to the polyesters. “During our time, we had to go through the grind of wearing cotton clothes, which made us sweat a lot. After cotton, acrylic and lycra were introduced which had their fair bit of challenges. But now with the introduction of polyesters, things have soothed” quipped the Shiv Chhatrapati Awardee.

The problem with cotton is that it tends to absorb sweat and while this is fine in a regular environment, but for a sports person who sweats copiously, the garment will become wet, sticky and uncomfortable. In modern-day sports, Polyester wear is dominating the market. The clothing wicks away the sweat from the body faster in high metabolic rate sports and nowadays we see dry-fit which efficiently keeps the sports person dry.

“In sports, a microsecond creates a huge difference. To enhance athlete performance, the fabric you wear is a pivotal component. However, many athletes are unaware of the importance of the sports textile industry” quoted Mr Menezes.

“The main strength of our country lies in our population. 50% of India’s population is under the age category of 25, which makes India one of the youngest countries in the world. Sports is all about passion, and to be honest I see a huge leap in terms of engagement of parents and their kids in sports and entertainment. You go to a park, you’ll see young parents and kids engaging in sports, which itself creates business opportunities for the sports textile market.” quipped Mr Menezes.

Men’s wear comprises the biggest share of the Indian sportswear market followed by the women’s and kids’ segments. In the recent past, the women’s market is progressively showing positive signs of accelerated growth. Women’s wear is the fastest-growing segment in the sportswear industry in India now.

The sportswear market in India has traditionally been dominated by the big international brands, aptly named the ‘Big Four’ — Reebok, Adidas, Nike and Puma. Most of these brands entered the country in the 1990s and in the years that followed established their presence through a flood of local franchisees. Mr Henry Menezes emphasized on the market domination of the aforementioned brands, and the importance of the local Indian brands to uplift their game now. He also talked about the huge demand for the industry and how wrong footwear can affect a sportsperson.

“I’ve seen kids use the wrong footwear. Wrong footwear may change the arch of your foot, which is the basic of pursuing a sport. Due to the lack of our understanding, we already lose prospective athletes at an early age. So it all comes down to the grassroots. Proper sportswear is an essential commodity to shape an athlete’s future.”

Mr Menezes concluded by applauding the initiative taken by the Industry Stalwarts like Reliance and others to organize such an eventful conclave and the massive potential the sports textile industry has.