Kalyani, October 16, 2020: Mohammedan Sporting made sure of their place in the 2020-21 edition of the Hero I-League as they bested local rivals Bhawanipore FC in their Hero I-League Qualifiers 2020 match on Friday (October 16, 2020) at the Kalyani Stadium — returning to the competition after a gap of seven years. Goals from Vanlalbiaa Chhangte and Gani Nigam gave the Black Panthers a 2-0 win, which enables them to tie down first place in the competition despite one round of fixtures still to play.

The win takes Mohammedan, who last played in the Hero I-League in the 2013-14 season, to nine points with one match to play, three ahead of Bhawanipore — who also have one game remaining on the final day. However, they cannot overtake Mohammedan owing to an inferior head-to-head record after today’s result.

The first half of the ‘virtual final’ began in a fiery manner right from kick-off and in just the third minute, Mohammedan Sporting looked destined to take the lead through Vanlalbiaa Chhangte. The ball fell to the right-winger inside the box from a free-kick and he launched a powerful shot on goal from close range, only to be denied by a diving Shilton Paul, who made a terrific reflex save.

The opportunity set the tone for the rest of the game between the two local rivals as Mohammedan kept more possession and Bhawanipore looked to play on the counter-attack — a strategy which had paid rich dividends for Sankarlal Chakraborty and his team in their two previous games.

Midfielder Firoj Ali came close to finding the target from long range for the Black Panthers in the 18th minute, with his shot being blocked away for a corner. Six minutes later, Bhawanipore’s star forward Philip Adjah almost gave his side the lead on the other end of the pitch. Latching on to a weak clearance, the Ghanaian targeted Priyant Singh’s near post from the edge of the penalty area but saw his effort get deflected, hit the post and go back into play. 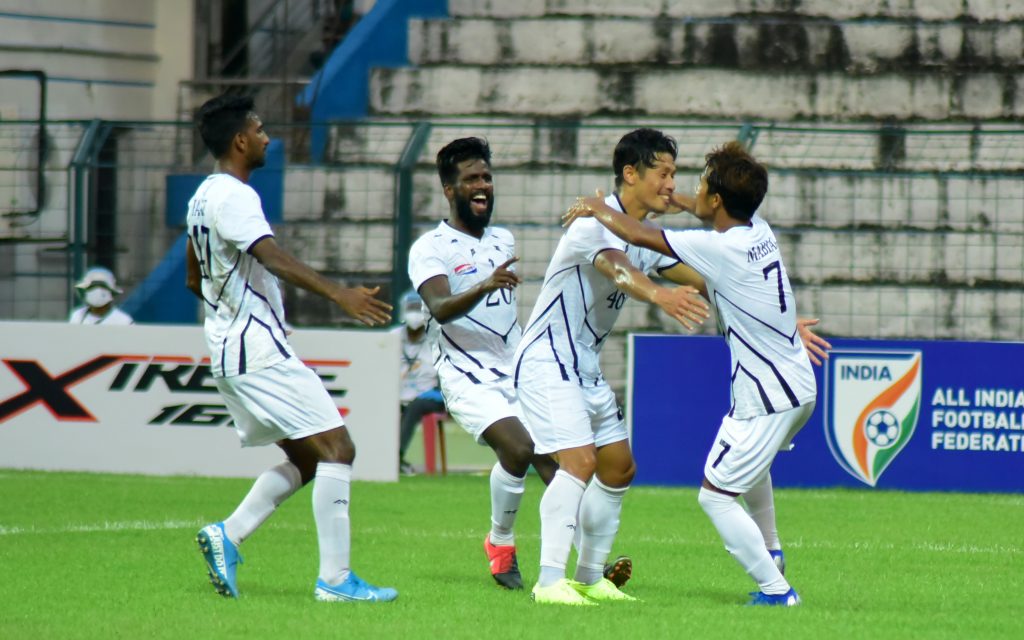 On the very next attack, in the 27th minute, Mohammedan claimed the go-ahead goal through Chhangte — who was not to be denied this time by Shilton. The move began with some beautiful build-up play between Chhangte and Willis Plaza down the right flank, with the latter finding SK Faiaz inside the box with a pinpoint through-pass. The forward laid it off for an onrushing Chhangte with a delectable first touch and the winger rounded Shilton to score and give his side the lead.

Bhawanipore sparked into life after the goal as they looked to find the equalizer before the break. Enjamul Hoque wasted a useful crossing opportunity in the 32nd minute and five minutes later, Adjah came close again — as he latched on to a chipped through-ball and looked to chip an advancing Priyant Singh but his shot only found the side netting.

With two minutes to go, Bhawanipore’s Subhankar Das tried his luck with a rasping drive from long range, which went just wide of the target as the two teams went into the breather with the Black Panthers in front by one goal.

Sankarlal opted to make attacking changes in the second half as his side went in hunt of the equalizer. Eight minutes after the restart, Pankaj Moula, who already has two goals to his name in the tournament, found himself on the end of a cross from the left flank but his header was deflected wide for a corner.

As the match wore on, the tension levels began to intensify, with the tackles flying in at both ends. In the 64th minute, Adjah had another glorious chance to put his side back level as he cut in from the left flank after beating two defenders. In a one-on-one situation with the keeper, his shot was straight at Priyant as another chance went begging for the side in blue. 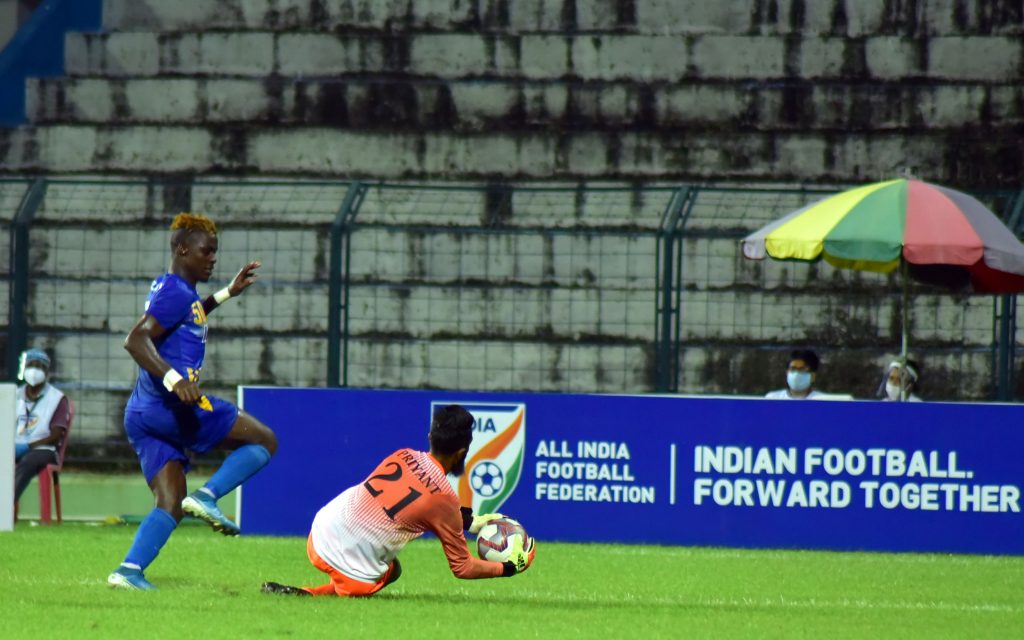 Bhawanipore were then made to pay for their missed chances in the 67th minute as substitute Gani Nigam doubled Mohammedan’s lead. Safiul Rahaman swung in a free-kick from the right, which came off Monotosh Chakladar and reached Nigam at the far post, who chested the ball calmly and slotted home through Shilton’s legs to extend his side’s advantage.

Despite the setback, Bhawanipore continued to pour men forward and in the 79th minute, they looked poised to reduce the deficit — only to be denied by a brilliant save. Avinabo Bag played in a swerving cross for Jiten Murmu, who headed the ball on target but Priyant acrobatically dived to his right to turn the ball away for a corner.

Two minutes from full time, Mohammedan substitute Abhishek Rijal almost made it three for his side with a free header from close range but his effort was just wide. In the end, the Black Panthers saw out the game with ease, even though Bhawanipore threw the kitchen sink at it and made it three wins in three to complete their return to the Hero I-League.

After the match,  Mohammedan’s assistant coach Saheed Ramon stated, “It’s a great feeling for all of us to qualify for the Hero I-League. It means a lot to us. Qualifying this time is a very good thing for the club and our supporters.”

Talking about the game, he said, “We had studied Bhawanipore’s game and knew that they are strong on the counter-attack. We put out our strategy according to that and it worked well.”

Bhawanipore FC head coach Sankarlal Chakraborty said, “The defeat is disappointing, of course. We knew that Mohammedan are a strong team and they played well. We had our fair share of chances and if we could convert them, the result would have been different. Now, our focus on the next match against ARA FC on October 19.”

On the last matchday on Monday (October 19, 2020), Mohammedan Sporting will face FC Bengaluru United at the VYBK Stadium while Bhawanipore will take on ARA FC in Kalyani.

ARA make up for missed penalty in first half as both teams eventually end up sharing points
Ivan Gonzalez, FC Goa’s new man, is ready for new challenges