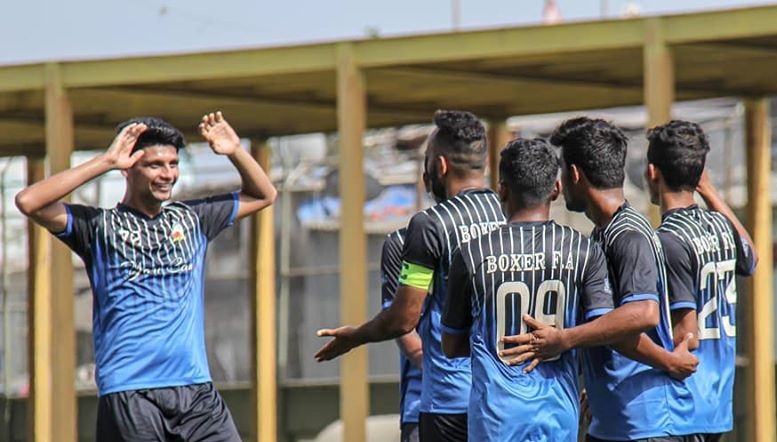 Mumbai Marines edge lemon Break on Penalties to reach MDFA 2nd Division final while in the 2nd semifinal, Boxer FA obliterated OSSM to be one step away from title.

Two contrasting semifinal encounter was in witness on Thursday for the MDFA Second Division as one would go on to witness 8 goals in the first semifinal game while the other ending in a goal less draw leading up to a penalty shootout to be a deciding factor.

The first semifinal saw Boxer FA take on MDFA Republic champions Om Saidham Seva Mandal (OSSM). However, a brace from Boxer FA striker Ajinkya Umasare early on in the game pegged back OSSM. Left chasing the game, OSSM struggled to catch up with the pace as Maxi D’souza extended the lead to three goals before David D’souza in the added minutes of first half to lead Boxer FA into the tunnel with a 4-0 lead.

Boxer FA came out in to the second half aggressively and once again managed to find the goal as Avlon Dias added the fifth goal of the game. OSSM finally managed to pull one back courtesy of a goal from their star striker Shoiab Biag in the 47th minute. However any hopes of comeback were eventually killed off as Hemant Shaikh and Vinit Shingare added two more goals later on in the game to end the match at 7-1 in favour of Boxer FA.

Meanwhile in the second semi-final, Mumbai Marines were held to a goal less draw by Lemon Break during the regular time after which game extended to penalty shootout. Jason Fernandes, Gaurav More, Shubham Kadam, Zane D’souza and Amit saroj all converted their spot-kick for Mumbai Marines while for Lemon Break Sudeesh M, Mohd. Ansari, Shahbaz Khan and Sagar Gawade converted their spot-kick.

Mumbai Marines are now set to face off against Boxer FA on 8th March at St. Xavier Ground, Parel for the title clash of MDFA 2nd Division 2019-20 season