For close to a decade, apart from being actively involved in sports, Maurya Foundation has meticulously stood beside the people in need.

As India is one of the fastest-growing economies in 2020, poverty is on the decline in the country. With close to 44 Indians escaping extreme poverty every minute, it is organizations such as Maurya Foundation who play a huge role in it.

However, in the Industrial Capital of India, it has a huge population living in slums as on date. According to the latest 2018 population census, Mumbai has an estimated number of close to 2.2 crore people with a high poverty rate. In the City of Dreams, unfortunately not all have equal rights to dream big. A gargantuan number still survives in slums, and many people fall in the Below Poverty Line (BPL) category.

Under the state government’s guidance, organizations such as Maurya Foundation has come up to aggrandize the deprived. Since 2016, Maurya Foundation led by Mr Ramji Maurya has lent a helping hand for underprivileged children. Every year, the Foundation helps more than 500 students from slum areas and municipal schools by providing bags and notebooks. Apart from providing the essentials, they have financially stood beside the students. The ones who have proved their mettle during the SSC and college exams are provided with stipends from the foundation. In 2019, they opened a library-come reading room facility for students which has the capacity to gather 50 people at a time. 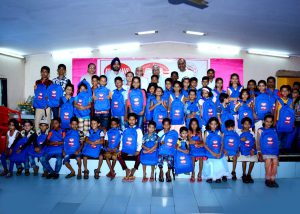 As the state battles the deadly COVID-19 crisis, Maurya Foundation has continued to extend their support to the people in need. Since the lockdown, the organization distributed essential food items to more than 1400 families. They provided 2000 face masks to the Mumbai traffic police, Bus drivers, Conductors, Auto drivers, Sweepers and Security Guards. In 2019, they inaugurated their health care facility named Maurya Health Care Center in Thane. The facility provides treatment for general diseases at a minimal cost of 20/- INR. Around 150 patients get treated at the centre on a daily basis. In recent time, Maurya Foundation has also started to build its diagnostics centre. With plans to start facilities such as Pathology, X-ray & Sonography, the upgradations are scheduled to be done by 7th of August, 2020. 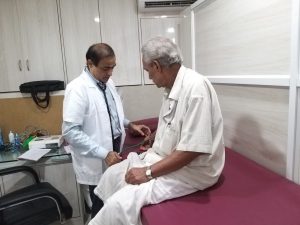 Maurya Foundation is also one of the most renowned entities in the Mumbai sports ecosystem. They have continually organized and sponsored various District-Level tournaments. They have put their resources into operating Table Tenis, Volleyball, Dodgeball, Football and other sports tournaments for the school goers. Recently in February 2020, associating with the Special Olympic Bharat Maharashtra, Maurya Foundation organised a football tournament for the specially-abled children. 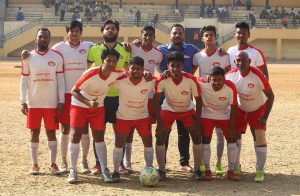