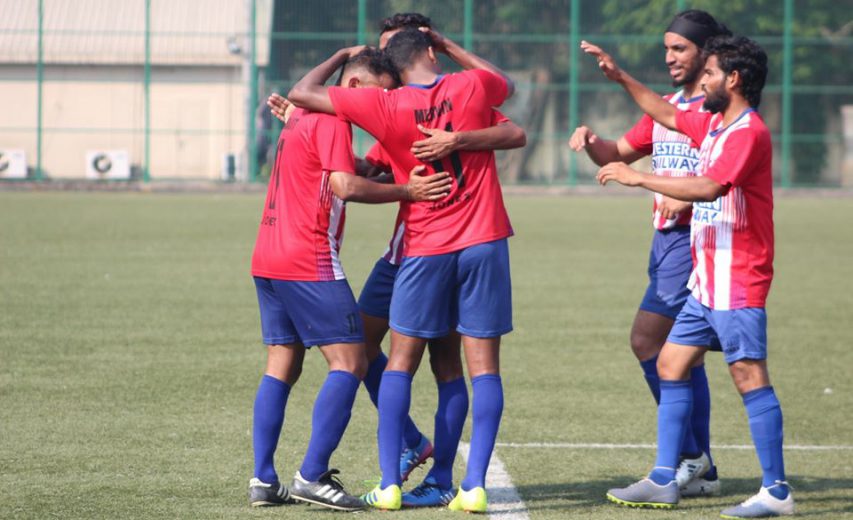 BOB came from a goal down to beat Western Railway 4-1 courtesy of a late burst of goals led by Mascarenhas hat-trick while Mumbai Warriors, RSF win in Super Division

Bank of Baroda (Dena Bank) played with plenty of determination and easily defeated Western Railway SA as they cruised to a convincing 4-1 margin of victory in an Elite Division match of the Rustomjee-MDFA League 2019-2020 and played at the Cooperage ground on Monday.

Mervin Stephen 22nd minute strike had put the railway men in lead as Bank of Baroda struggled with profligacy in attack finding it difficult to breach the WR defence. However, things changed in the second half, as immediately after restart Denzil Mascarenhas struck the equalizer.

The game shifted to end to end football with both sides looking for the winner. Later in the game, Denzil doubled the lead in the 86th minute before adding another in the first minute of injury time to complete the hat-trick and give his side a breathing space. Deep in the injury time, Rashit Pillai popped up with the fourth goal for his to put the game to bed.