Magi-Coyle Messiah for the Machans 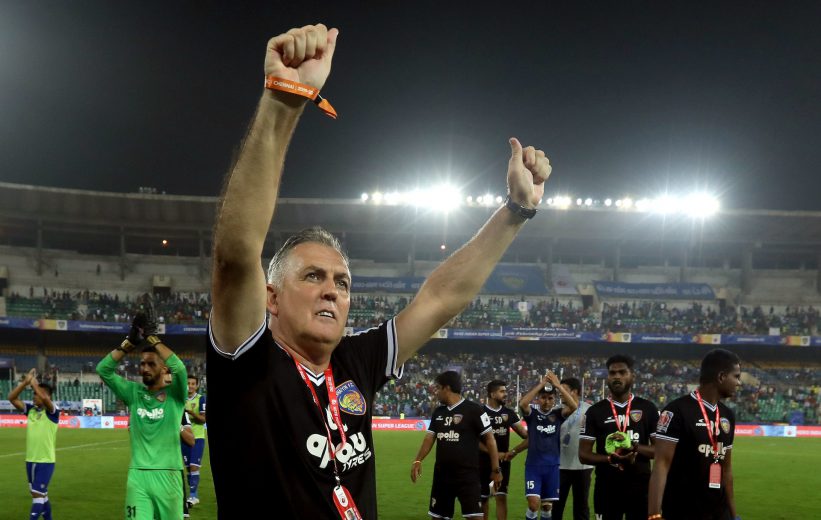 Who would have imagined back in December that Chennaiyin FC would have slammed four past the otherwise-indomitable FC Goa in the first leg of the Hero Indian Super League playoffs, or even finish top four?

Magi-Coyle it has been, indeed. The Scot was brought in when the club was ninth on the table with a mere five points in their kitty. They had scored just four goals and had conceded 10.

Post John Gregory’s departure, Coyle’s job was unenviable, given the task was to not just get the confidence of the players up but also bring some semblance to their style of play. The brief would have been to ensure that the club finishes as high as possible on the table and not end up with the wooden spoon for a second consecutive season.

The former Wigan Athletic manager managed to bring high intensity football to the club and it’s fair to state that the players have adapted to his approach. There are phases in every Chennaiyin match where they attack and press with intensity higher up the field and enforce a mistake from the opposition.

“We have shown we are dangerous offensively. But we need to have some balance. I think we are moving in the right direction, but we are nowhere near being the finished article. The players need to remember they are representing the two-time champions,” said Coyle.

He reminded the players that they play for a big club that has won titles and that they have the inherent ability to play much better than what they were dishing out earlier in the campaign. In their last seven league games, they picked up 19 points from a possible 21 and Chennaiyin definitely had momentum on their side going into the play-offs. The front four of Rafael Crivellaro, Nerijus Valskis, Andre Schembri and Lallianzuala Chhangte have been on fire.

“The other thing that is very important in football is momentum. If you can get on that run it would be great. The club has shown that in previous seasons and have found the momentum and gone on a winning run,” he said.

It’s not just the results but Coyle has made Chennaiyin amongst the most entertaining side to watch alongside FC Goa this season. The camaraderie between the front four or the understanding between Anirudh Thapa and Edwin Vanspaul in the middle to how he has got the best out of Lucian Goian and Eli Sabia, Coyle has certainly made his mark in the ISL.

A beleaguered Goa had to bear the brunt of a rampant Chennaiyin in the first-leg semi-final going into the away leg with a 4-1 advantage, where the likes Valskis and Crivellaro were yet to be unlocked. “I can assure there will be no complacency. We haven’t come this far to be complacent,” Coyle guaranteed.

More fireworks in Goa from Coyle’s Chennaiyin in the run up to the final? One wonders.

OSCAR SSE to conduct age group trials for its 2020-21 Season Elite Program
Coro: This is not over