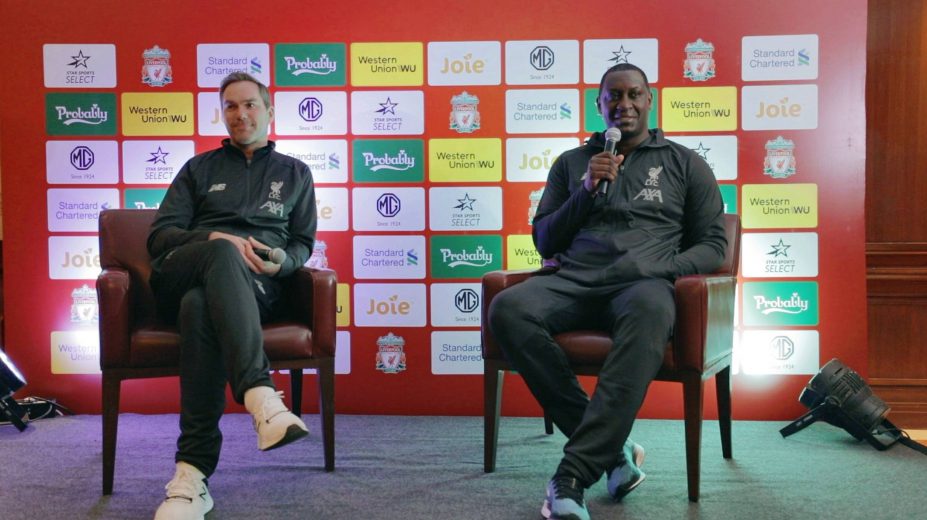 LFC legends Jason McAteer and Emile Heskey spoke to media in Delhi on Thursday ahead of the LFC World roadshow which arrives in the city this weekend.

Jason McAteer said: “This is my second time visiting our supporters here in India and it’s always great to come and meet everyone. The LFC World roadshows are always such fun events and the atmosphere on Saturday will be fantastic – we’re really looking forward to it.”

Emile Heskey said: “This is my very first LFC World and I can’t wait to meet the Reds out here in Delhi this weekend. We know that not all of our supporters can make it to Anfield, so this is a great way to bring the club closer to them. I’m really excited to see Delhi and enjoy the activities and events on offer this Saturday alongside the fans.”

LFC World is now in its fourth season, having met thousands of fans in eight countries across the world since 2016.

Reds in Delhi can also have their photograph taken with one of the most prestigious trophies in world football – the UEFA Champions League trophy, which LFC won for the sixth time last season – and various iconic recreations of Anfield such as the Shankly Gates, This Is Anfield sign and the players’ dressing room.

Following a day of free LFC-themed activities, fans can be part of a BOSS nights gig featuring Jamie Webster – creator of the Reds’ famous “Allez allez allez” song – and share the match-day atmosphere at a viewing party as the team takes on Bournemouth in the Premier League back at Anfield.

For More information on LFC World and to register to attend the event visit: