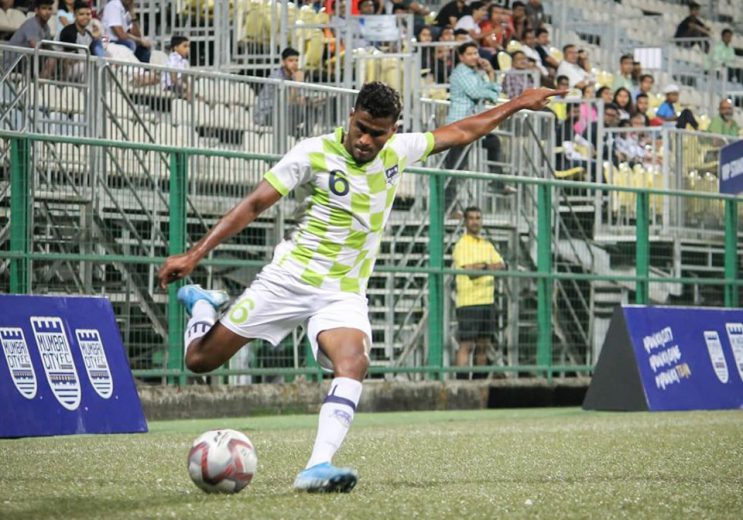 Mumbai City Reserves’ poor run of form continues as they conceded 9 goals in the last two matches and languish at the bottom of Group C table in Hero 2nd Division League.

In yesterday’s encounter against Gujarat based newly formed ARA FC, the team eased past Mumbai City (R) to bag all three points. Syed Shoaib Ahmed starred with a hat-trick to take his side to a comfortable win.

Mumbai City was the weaker side in terms of physicality and struggled to match their sturdy counterparts since the commencement of the game. An initial chance was created from the left flank for ARA FC in which Shiva Kumar conceded a handball while receiving the ball. However, within the next few minutes, a similar attacking display by Daniel from the left side ended up having Shoaib find the net. Syed Shoaib opened the account for ARA FC at the 9th minute.

ARA dominated thoroughly in the first half and had several attempts at goal to double their lead. At the 23rd minute, ARA FC’s Senegalese forward Dieye Hamidou came very close to scoring after his attempt was kept at bay by the woodwork. As the first half concluded, the visitors were ahead by a solitary goal.

The second half kicked off in Mumbai’s favour. Mumbai City’s sturdy forward Kamran Ansari scored in no time as the game restarted for the remaining 45 minutes. But ARA FC was unperturbed by the sudden reply from the home team. With an ingenious flair in the midfield, ARA FC created several opportunities at the opponent’s defensive third.

The scoreline remained unchanged until the game entered the fourth quarter. During the last 10 minutes, the game intensified. Shoaib, who earlier played as the striker, shifted to the left-wing. At the 87th minute, Shoaib received the ball in the midfield and went past a Mumbai defender to score a screamer. He followed up by scoring a header inside the box at the 89th minute to get a hat-trick. The final whistle of the game saw ARA FC clinch a convincing win against the ISL team.

After playing 7 matches, Mumbai City Reserves have only managed to get 4 points and are placed at the bottom of Group-C table. Also, the MCFC Reserves side happens to find themselves in the worst position out of the 17 competing teams. Mumbai City has only managed to score thrice and has conceded 19 goals in the tournament. On the other hand, after yesterday’s encounter, ARA FC is placed at the top position in Group C with 14 points where they have won four games, drew twice, and lost once.