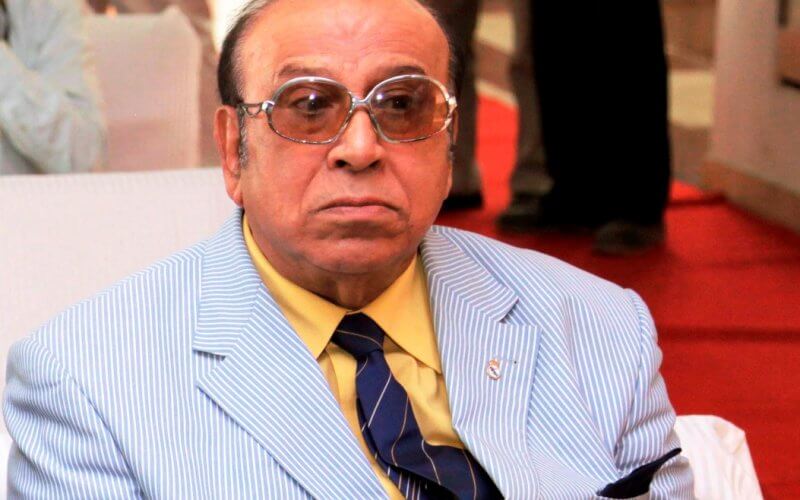 The entire Indian football fraternity mourns at the news of legendary footballer PK Banerjee’s demise. Mr. Banerjee was suffering from respiratory problems due to pneumonia, with an underlying history of Parkinson’s disease, dementia, and heart trouble.

Banerjee was admitted to a Superspeciality Hospital on February 6 with complaints of severe chest infection. He had been on ventilator support in intensive care for the last few days. A temporary pacemaker was also put in place to counter the side-effects of lung problems.

Fondly called as ”PK da” in Kolkata maidan, he was an integral part of India’s Gold Medal-winning team in the 1962 Asian Games and even scored in the final against South Korea as India fought against all odds to script a historic 2-1 triumph in Jakarta.

He represented India in the 1956 Melbourne Olympics and played a pivotal role in the 4-2 victory against Australia in the quarter-finals where India eventually finish fourth. Furthermore, he captained the National Team in the 1960 Rome Olympics and scored the equaliser against France to help India register a 1-1 draw.

He represented India in 36 official matches, wearing the captain’s armband in six of them. In the process, he scored 19 official goals for the country.

He was also the first Indian Footballer to receive the Arjuna Award (in 1961), and was awarded the prestigious Padma Shri Award in 1990. Banerjee was also bestowed with the FIFA Fairplay Award (in 1990), and the FIFA Centennial Order of Merit in 2004.

Mr. Praful Patel, the President of the All India Football Federation, in his message said: “It’s sad to hear that Pradip-da, one of India’s Greatest Footballers, is no more. His contribution to Indian Football will never be forgotten. I share the grief.”

“He will stay synonymous with the golden generation of Indian Football. Pradip-da, you will remain alive in our hearts,” the AIFF President added.

Mr. Kushal Das, the General Secretary of the All India Football Federation said: “Mr. Pradip Kumar Banerjee will be alive in his achievements. He was a legendary footballer and someone who has been an inspiration to so many generations. May he Rest in Peace.”

“Post his retirement he scouted and coached a whole generation of Indian Footballers, both on the International, and domestic level. It’s a huge loss for Indian Football.”

As a mark of respect, the AIFF Flag is kept half-mast at the AIFF Headquarters — the Football House in Dwarka, New Delhi.

Banerjee had made his International debut on December 18, 1955, against Ceylon (currently Sri Lanka) in the 4th Quadrangular Cup in Dhaka. He scored two goals on his debut as India rallied to win the match 4-3. He ended the tournament scoring five goals, the maximum for any Indian player on his debut International tournament.

He was also a part of the triumphant Indian squad which won the 4th Quadrangular Tournament in 1955 in Dhaka.

Post his retirement, he took up coaching and stays as one of the most decorated and successful Indian trainers till date.

At the International level, he began his coaching career as the joint coach of the Indian team in the 1970 Asian Games in Bangkok, where India won a bronze medal.

In addition, he was the joint-coach in the Pesta Sukan Cup in Singapore in 1971, and in India’s campaign in the 1972 Olympic Qualifiers in Rangoon (currently Yangon).

He also served as India’s Technical Director for the SAFF Cup in 1999 (Margao), where India won gold; the Olympic Qualifiers in 1999; and India’s tour of England in 2000.

At the club level, he scored 190 goals for Eastern Railways and one goal for Mohun Bagan (on loan in the Rovers Cup).

Banerjee began his coaching career at the club level in 1969 for Bata Football Club, a post he held till 1971.

He then coached both East Bengal and Mohun Bagan, winning several trophies for both the famed Kolkata clubs. While for East Bengal he won 30 trophies, he ended up guiding Mohun Bagan to 23 trophies.

Among his many exploits, Banerjee will always be remembered for inspiring Indian clubs to superlative performances against reputed foreign sides. While at East Bengal, he guided the Red and Golds to defeat Pyongyang City Club (from DPR Korea) to win the IFA Shield in 1973, and beat Dok Ro Gang (also from DPR Korea) in win the DCM Trophy.

The 1978 IFA Shield Final, where Mohun Bagan drew 2-2 against Russian Club Ararat, which had several World Cuppers in their ranks, will always be remembered in the list of significant achievements in Indian Club Football’s history.

He was also Mohun Bagan’s coach, which held Cosmos (from USA) to a 2-2 draw at the Eden Gardens in Kolkata, a match for which Pele had turned up for Cosmos.

He also served as a Technical Director for the Tata Football Academy from 1991-97.

Important to get ‘right kind’ of rest in off-season, quips Anirudh Thapa
Saurabh Meher shares journey from the backyard of Colaba to the I-League