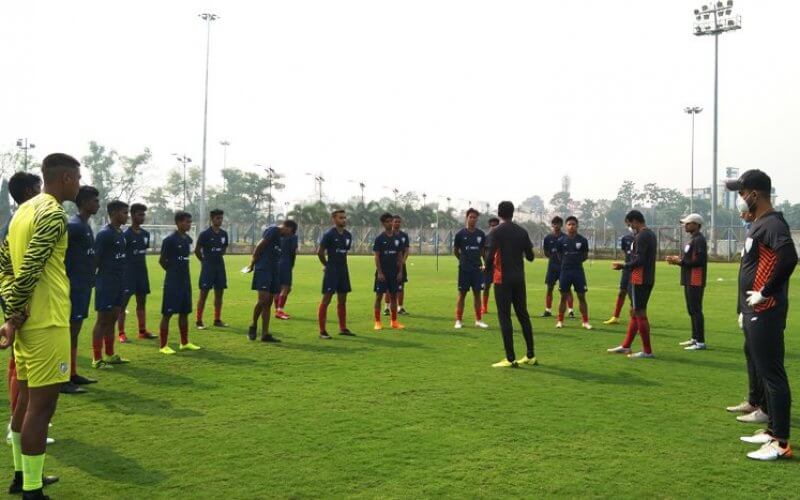 The Indian Arrows, on Thursday (December 3) arrived in Kolkata for their campaign in the IFA Shield, which will prepare the boys for the challenges ahead.

The Indian Arrows are the All India Football Federation’s developmental side, that comprises of players of the U-19 category, and also participate in the senior domestic tournaments, namely the Hero I-League, with help from the crucial support provided by the Government of Odisha.

Arrows head coach Shanmugam Venkatesh believes that the early arrival in Kolkata for the IFA Shield will help the boys acclimatise themselves with the conditions in the city, well ahead of the start of the Hero I-League.

“We have had a brief camp in Bhubaneswar before travelling to Kolkata, and our stay here during the IFA Shield will be further helpful for the boys,” Venkatesh said to the-aiff.com. “The added bonus is that they also get to acclimatise themselves with the local conditions here. We are looking forward to it.”

Venkatesh, who along with his head coach role in the Indian Arrows, also operates as the assistant coach for the Senior National Team, feels that the Hero I-League remains the main focus of the team, as the IFA Shield will provide a good platform for the boys.

“The IFA Shield is a very good opportunity to gauge the team and prepare the boys for the Hero I-League. These boys have come through the ranks from the junior national team where they had been training under coach Shuvendu Panda in Odisha last year,” the Arrows boss quipped. “Like the ones before them, they will prepare for the next step in international football, i.e., for the U-19 level.”

The Indian Arrows begin their IFA Shield campaign on Sunday, December 6, against Southern Samity at the Mohun Bagan Ground, followed by a clash against George Telegraph at the Howrah Stadium on Wednesday, December 9. Both the matches kick off at 1.30 pm IST at the respective venues.