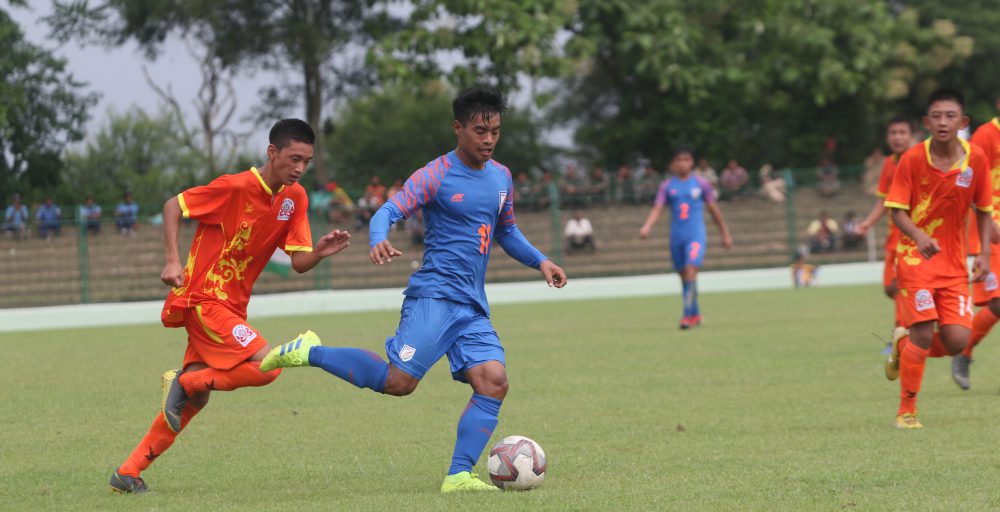 India have been slotted in Pot 3 for the official draw of the AFC U-16 Championship Bahrain 2020 which is to be held at the AFC House Kuala Lumpur at IST 12 noon tomorrow (Thursday, June 18, 2020).

India qualified for the U-16 Finals when they finished as Group B champions in Tashkent from a group which had Uzbekistan (hosts), Bahrain and Turkmenistan. The Indian colts finished with 7 points from three matches scoring 11 goals, while conceding 1.

The current batch will head to the Championship in Bahrain on back of some amazing results last year that saw them net score a whopping 28 goals (without conceding any from five matches on their way to the SAFF U-15 Championship title. The boys currently stay unbeaten in 8 International matches.

“We are eagerly looking forward to the draw. The boys gave a good account of themselves when they qualified above Uzbekistan that too in Uzbekistan in the Qualifiers. It’s time for them to show their character and gear themselves for sterner tests in the future,” Head Coach Bibiano Fernandes stated.