In Mumbai Football, competition is good while in Bengaluru, the intensity is higher – Aniket Panchal

Having spent a significant amount of his youth football career in Bengaluru, 18 year old Mumbai lad Aniket Panchal feels the two city differs in level of competition and intensity.

As Footballcounter continues to highlight the young talents from Mumbai, today we take a look into the life of Kenkre FC youngster Aniket Panchal. Although just 18 years old, Aniket’s pursuit of learning football has made him take some journey, one of which has seen the Mumbai lad spend 3 years of his youth football career in Bengaluru.

Having brought up in Colaba – one of the few football loving localities of Mumbai, Aniket would often watch matches of teams playing in local MDFA divisions. “My football journey traces back to when I was a kid, watching my local senior players playing in MDFA league at the St Xavier’s Parel ground.” Aniket adds.

Aniket soon started playing football in school but for a long time found it difficult to break in to the school team. This was when his school team coach took him to PIFA Colaba football club. At PIFA, Aniket spent 2 years learning the basics of football and representing the team in ‘Youth League’. After clearing the selection round of Bangalore based Ozone Football Academy, Aniket would shift to Bengaluru for the next three years of his life.

Having experienced the football leagues of both Mumbai and Bengaluru, the youngster feels the level of intensity in latter is higher than that of Mumbai leagues. “In Mumbai, there is a good competition, I would say. But in Bangalore, the intensity is at different level. I found the intensity there rather high, as compared to Mumbai” states Aniket. 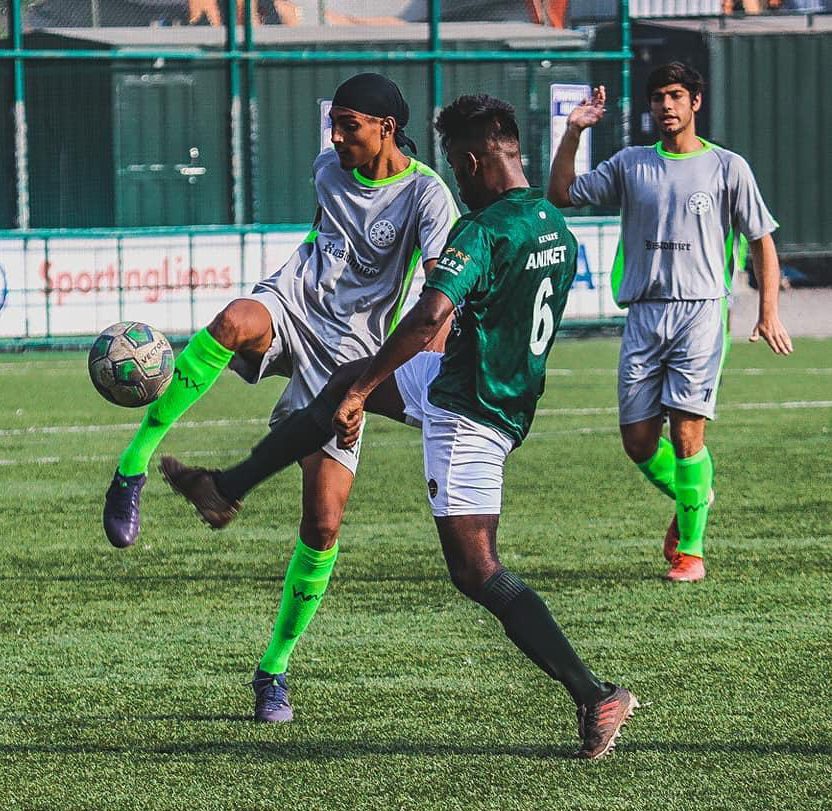 Aniket’s parents have been very supportive of his game. His father, Ravinder Panchal, who Aniket calls his first ever coach, wants his son to go all the way be an inspiration for Mumbai Footballers. “Aniket is a good player and he has the determination to work hard and get the job done. He has always wanted to represent the Indian National team and I hope in the future he can fulfill his dream of becoming a professional footballer. He can be an inspiration for many from the city of Mumbai.”

Aniket’s impressive performance in Youth I League with Ozone caught the national selector’s eye as he was soon called into the U16 national camp for AFC U16 Championship. “I spent 3 very important years of my career with the Ozone football academy in Bangalore. I got called for the AFC U16 championship camp in Goa but unfortunately due to an injury I couldn’t make it in the team”, recalled Aniket.

“The national camp has been a good experience. I did feel bad in the beginning, but then I realized that life is all about the ups and downs and after that, I started working hard on every aspects of my life as a football player”, added Aniket on the experience and after missing out on final squad list.

The defensive midfielder, who strongly believes in team-work, feels this Covid-19 break as become a blessing in disguise for him as it has given him an opportunity to work on his Physical fitness and mental goals.

While football has resumed in most part of the world, India is still in lock-down having been heavily affected by the pandemic. Aniket Panchal is doing his level best to remain in his best shape and prepare for what could be a less flexible and short 2020-21 football season in India.

Also Read: For a year or maybe half-a-year, there will be limitations on the spectators inside the stadias – Kushal Das