Impressed by the hard work put in by the girls during lockdown: Thomas Dennerby 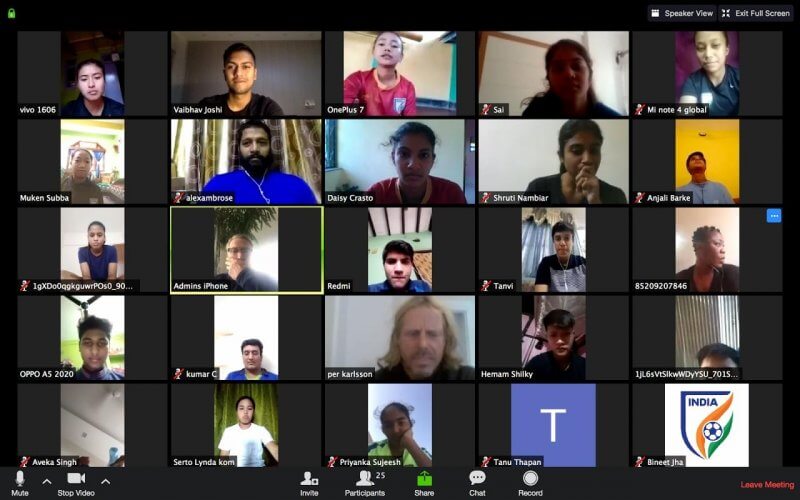 Thomas Dennerby, Head Coach of the India U-17 Women’s National Team, praised the efforts put in by his charges during the lockdown period. Dennerby, who is currently in Yresö (Tyresö) 25 km southeast of Stockholm city in Sweden, conducted an online video meeting with the players and support staff on Tuesday (May 5, 2020).

“The girls already had a very detailed fitness program which was provided to them earlier. They report to Per (Karlsson, the team’s fitness coach) and all other staff also follows. I follow the daily reports on a special WhatsApp group and we can see that the girls work very hard. I’m really impressed,” Dennerby maintained.

Dennerby spoke with his players over video conferencing in order to “encourage” them and also conducted one with his staff in order to strategise the webinars and modules for the coming weeks.

“With the players, it was more a social relationship meeting. Just saying hello and encouraging everyone to keep on training hard,” said the Swedish coach, who has previously led the Senior National Women’s teams of Sweden and Nigeria at the FIFA Women’s World Cup.

“I told them to keep on training with focus, follow the fitness program they have and to report to the staff about what they do every day. Also, I asked them to stay calm and not worry about missing training sessions,” he added.

The FIFA U-17 Women’s World Cup 2020 was scheduled to take place in India from November 2-21, 2020 across five cities — Bhubaneshwar, Kolkata, Guwahati, Ahmedabad and Navi Mumbai. However, it has been postponed following a decision by the FIFA-Confederations working group because of the outbreak of the COVID-19 pandemic across the world, and the LOC, AIFF and FIFA are working on finalising future dates for the tournament.

Lockdown has brought everyone together, quips Gokulam’s Zohib Islam Amiri
Sandesh Jhingan invokes Lord Buddha, urges fans to appreciate what they have