The Hero I-League is famous for its competitiveness and widespread reach. The league connects to its fans as teams up from the valley compete against the southernmost part of the nation. From the extreme West to the extreme East, football and I-League have been a medium of engagement for the citizens.

Following is the list of three goalkeepers who caught the attention of the many loving followers of the beautiful game: 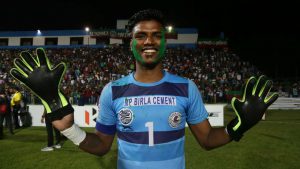 The Mariners found their sailor in Sankar Roy as the 24-year-old had a scintillating outing with the Maroon & Green brigade. Sankar got into the ranks of the prestigious Mohun Bagan squad after consecutively performing well in two Santosh Trophy tournaments for his state, Bengal. Replacing Debjit Ghosh after two matches, where the second against Churchill ended as a disappointing 4-2 loss, Sankar made his debut for the Champions this season. Sankar played his first match in mid-December against the newly promoted TRAU FC. In his first encounter, they managed a clean sheet and thereafter he went on to play 14 matches for Mohun Bagan. Roy’s anticipation and passing abilities proved to be crucial factors for Kibu’s philosophy. After playing 14 matches, Sankar only conceded 9 goals and had a staggering 7 clean sheets. Undoubtedly, Roy played a massive role in the Mariner’s conquest to glory! 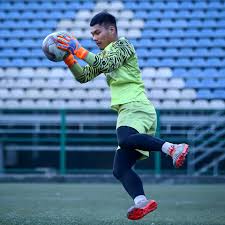 Hailing from the small town of Lunglei in Mizoram, Lalbiakhlua Jongte has been a consistent fixture as one of the goalkeepers in the India national team for the AFC U-16 Championships. At age 16, Jhongte wore the national colours and made his place fixed in the AIFF Developmental Side Indian Arrows. Playing for an inexperienced outfit, Jhongte played his part and caught the attention of many. Indian Arrows had 2 clean sheets and conceded 20 goals in this campaign. Being a 17-year-old, and having such valuable exposure, Jhongte is projected to become a reliable guardian of the post for the national team. 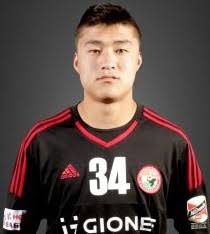 Hailing from the land of Baichung Bhutia, Phurba Tempa Lachenpa is one of the finest Sikkimese goalkeepers to play top-tier football in India. Gaining success with Shillong Lajong the previous season, he plied his trade for Real Kashmir this season where he had an outstanding spree for the side. Playing 15 matches this season, he conceded 14 goals in which he had 5 clean sheets. His contributions helped Real Kashmir to challenge their counterparts and remain at the top half of the table for most of the tournament. Phurba is currently 22-year-old and has a bright future awaited.

With the Hero I-League coming to a halt due to the COVID-19 pandemic, the remaining matches seem uncertain which will shape the league table and decide the relegation.