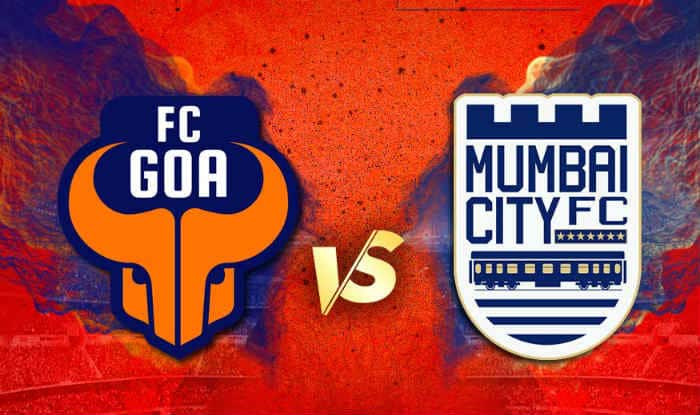 FC Goa faced off against league rivals Mumbai City FC at their home ground Fatorda Stadium. In a clash that saw the two sides compete with great intensity, the Mumbai City side emerged victorious with a slim margin of one goal. Mumbai City FC striker Adam Le Fondre scored the solitary goal with a late spot-kick sealing the win for the Islanders.

Despite the disappointing loss for the Gaurs, they would be happy with their performance on the pitch. They were reduced down to 10 men when midfielder Redeem Tlang was sent off for a rough tackle in the 40th minute. FC Goa were able to put the setback behind and played a gritty game and took Mumbai City on with intent, matching their shots on target with three.

We spoke to some of the ardent FC Goa fans to get their views on the thrilling encounter.

Most of the fans were praising the Gaurs for their spirit throughout the game and the fact that they never gave up despite the odds not being in their favour after Redeem’s dismissal.

Margao student Kunal Kunkolienkar , who is a part of the East Lower Army was brimming with pride on the way that FC Goa played throughout the match. He said, “To put on a performance like that when your one man is down from the first half is commendable, definitely proud of the boys, we had our chances but hard luck.”

This sentiment was resonated by Nishad , another member of the East Lower Army as well. He spoke, “They did brilliantly! Absolutely delighted with the performance even though we did not manage to get a point. The fighting spirit we showed was immense and I am very confident about this side now.”

Some of the former FC Goa players were playing on the Mumbai City FC side after transferring in the off-season. However, most of the Gaurs’ fans were indifferent to see their former players in the Islanders’ outfits. Salil Naik, who works in Private service said that it was nothing special to see the former FC Goa players turn up for Mumbai and they considered them as just one of their opponents. Kunal Kunkolienkar added that Ahmed Jahouh was his favourite player and he is always mesmorized by the play of the midfielder. Jahouh was suspended for the match after he was sent off in Mumbai City FC’s opening clash against NorthEast United FC.

Despite the loss, there were many positives for the Gaurs to take away from the match. The fans were of the same opinion praising the defence and heralding the fighting spirit of the game.Kaushal Patil, another member of the East Lower Army remarked that Edu Bedia was the best player on the pitch for Goa doing all the hard work in the midfield, covering a lot of ground. Nishad hyped praise on the young defender Saviour Gama for going all-out in his tackles and also pointed out that Alberto Noguera showed his quality with his crisp passing and delicate touches and justified why he is rated highly. Kunal opined that Aussie defender James Donachie and Spaniard Ivan Gonzalez were sturdy in the backline and that he was sure the Gaurs would come back stronger in the next fixture.

FC Goa take on NorthEast United FC in their next match on 30th November, 2020 at the Fatorda Stadium in search of their first win in this season of the Indian Super League.