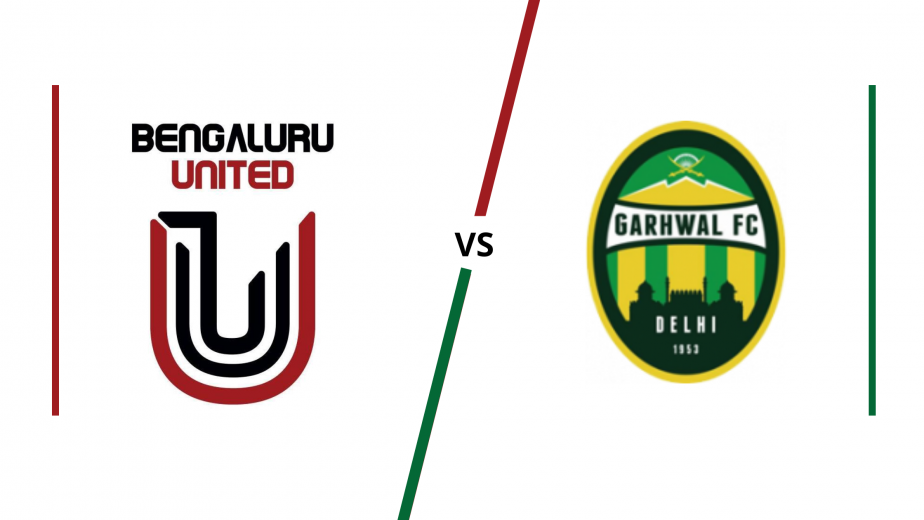 Having lost their respective opening games of the Hero I-League Qualifiers 2020, FC Bengaluru United and Garhwal FC will be looking to get off the mark on the points table, as they prepare to cross swords at the Kalyani Municipal Stadium in Kalyani, on Sunday, October 11, 2020 at 4.30 PM IST.

The second match of the day from the Hero I-League Qualifiers 2020, the first tournament to be held in India post the COVID-19 Pandemic, will be streamed live on the 1Sports Facebook page.

On the eve of the match, Bengaluru head coach Richard Hood sounded cautious, stating that he expects nothing less than a “hard battle” from the Delhi-based side.

“We have maintained right from the start that there are no favourites or underdogs in this tournament and Garhwal proved us right. They are a very well-drilled unit that has everyone on the pitch playing out a very clear game plan,” said Hood.

“They posed a serious challenge (in their last game against Mohammedan SC) for the three points right until the end with their intensity, physicality and collective play both on and off the ball. We expect nothing lesser than what we saw yesterday – a hard battle.”

Garhwal FC head coach Vikas Rawat was appreciative of the efforts put in by FC Bengaluru United to play an expansive style of football. However, he implied that his charges will have their own plans of putting the ball in the Bengaluru net.

“Bengaluru are a strong team. We have obviously read them and seen what they are capable of. I really appreciate the efforts put in by them in the first match, though the result may not have been enough for them,” said Rawat.

“I don’t know whether they will have the same strategy or not but we are ready to face them. We believe in scoring. We talk a lot with our players in the dressing room about the fact that you only win matches when you score goals,” he continued. “You don’t win by defending. We have to put the ball in the opponents’ goal, but at the same time, we also have to defend properly as it is an important aspect of football.”

Reflecting upon their 0-2 defeat against Bhawanipore FC in their opening game, Hood stressed on the importance of finding the back of the net, despite the fact that his side had dominated possession in the game.

“It is not enough to say that we played with an attractive brand of attacking football. At this level, and more so in the play-offs, any brand of football has to be effective. Dominating possession was always a part of the plan and so was finding back of the net – our spirits and confidence rest on building awareness and belief of what must continue to happen and mistakes we don’t intend to repeat again,” stated Hood.

Despite a narrow 0-1 loss in their opening game against Mohammedan SC, Rawat revealed that the spirits in the Garhwal camp are high, as the players have taken heart from a good performance against the Kolkata giants.

“It was a difficult game. But it was not a heartbreak for us. We are much more motivated after the loss. We are definitely going to bounce back harder, and that is the mentality of the side,” Rawat stated.

“There were 3-4 things in today’s training that we have done. Obviously, I can’t reveal them as of now. We’ve learnt a lot from the last game. We want to come back and play with the intention to win, and that is the mentality that everybody in the team has,” he said.

With both the teams on the lookout for their first win in the tournament so far, Bengaluru boss Hood opined that the upcoming match would not be one for the faint-hearted, with the pace of the game set to be a rather high one from both the sides.

“We both have our backs against the wall and there is no way out but to fight it out for three points,” said Hood. “I doubt the pace or temperament of the game will be cautious or careful from either team. It will boil down to who takes their chances better.”