‘Every minute went by like an hour’: Sunil Chhetri looks back at ‘sweet’ Qatar result 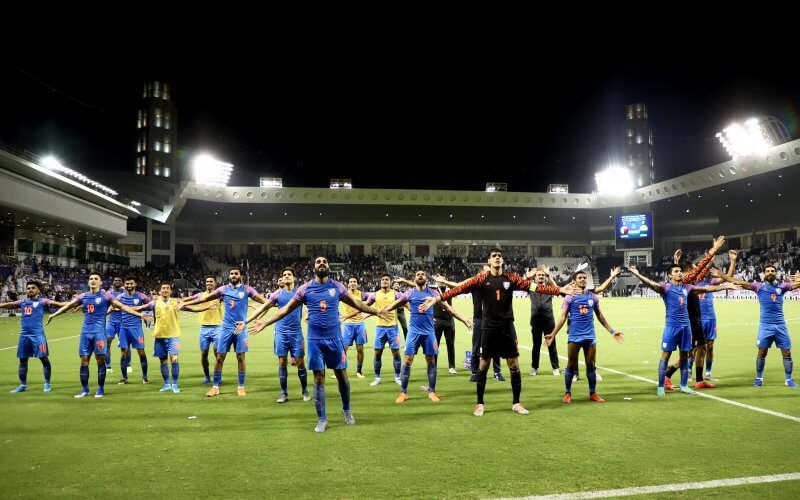 Representing your country on the big stage against the top nations — it is the dream of every football player and making it come true requires tremendous sacrifice over the years. The ball becomes your best friend, the pitch becomes your temple and taking care of your body becomes the number one priority. You can do everything right and yet, some things you just cannot control.

Playing Asian champions Qatar in their own backyard in a World Cup qualifier was one of those dream-like scenarios. Looking back, I could only watch the match from the four walls of my hotel room, completely glued to the TV and cheering the team on with all my heart.

I was ill. So much so that I couldn’t even go to the ground to watch. It was a torture to be left outside. Every minute went by like an hour. But, at the end, we registered a memorable result and things turned out to be rather ‘sweet’, in more ways than one.

Since the draw was made, I was looking forward to the challenge. However, as we left for Doha, something just felt off inside my body. We reached the hotel, had our lunch and then, I found out that I was down with fever.

There were three days to go for the Qatar game and I tried to do everything I could to fight the flu. The thermometer replaced the ball as my best friend, I was isolated in my room and dal chawal was all my body could digest comfortably. As the rest of the boys began their preparation and training for the crucial match, I was fighting my battle against the mercury — hoping it would come down in time and allow me to play.

What is your favourite memory from the match? 😍#IndianFootball ⚽ #BackTheBlue 💙 pic.twitter.com/SzPtQL4b5l

As I gave my body the rest it was asking for, my mind just couldn’t stop thinking about the game ahead of us. It was extremely important we got something out of this match, especially after our result in Guwahati against Oman. For that, keeping the players’ morale high was vital as was ensuring that they rose to the occasion as one unit.

Communication was critical and I tried my best to keep in touch with the boys — to motivate them and keep their spirits up. I could not see them and talk physically, so I kept pumping them up and spoke through the group on Whatsapp in order to galvanize them and prepare them mentally.

Matchday came soon. But for me, it meant watching the game on TV from the hotel. I was gutted not to be on the bus and in my usual match day routine as it left for the stadium. In the previous three days, I had seen and heard how hard everyone had worked — right from the Head Coach to all the boys and the support staff. However, even the send-off to the stadium was virtual from my side, as I could not leave my room.

As the match kicked off, my heart was heavy but I had full faith in the team’s ability. Qatar were putting pressure on us but we were sticking to our guns very well. The defending was solid, all the players were playing their roles well and were executing what had been planned before the match. From Manvir up front to Gurpreet under the bar — the whole team was in sync for the full 90 minutes.

Sitting in front of the television, it was getting harder and harder for me to control my emotions as the game progressed. It was like riding a roller coaster. I was shouting at the screen as if I was on the touchline myself.

I would a thousand times prefer to be on the pitch helping my team than be a spectator from outside. Towards the end, both sides started pushing aggressively for the go-ahead goal, even my volume levels went up and I was screaming like crazy. The tension was too much to take!

At last though, the referee blew the final whistle and I was just overcome with emotions. As the boys celebrated with the fans, I was jumping for joy in my room. It is not every day that you hold the best side in Asia to a clean sheet in their own den — a team that scored against every other Asian opposition that year. Of all the matches I have been a part of over the years, this stands out right up there with the best.

🥺 “I remember I was really emotional after the game!” 👊 “We were determined to prove everyone wrong!” #BlueTigers stars 🌟 @gkgurpreet and @thapa.42 look back at that historic night in Qatar 🤩🗣️ #IndianFootball ⚽ #BackTheBlue 💙 #OnThisDay 🗓️

When the team returned to the hotel, I was waiting for them in the dining hall and just couldn’t hold back. My joy literally knew no bounds. No word, phrase or idiom can adequately describe what I felt when I saw the boys then. It was pure, raw emotion. A mixture of happiness, satisfaction and pride. To fight back the way we did after a stinging loss just five days ago — it was just so incredible.

Nothing could hold me back now. I hugged everyone in the team one by one and I could see the jubilation on their faces. I am extremely particular about my diet and the boys know it — but after the match, even I was thinking ‘aaj toh meetha banta hai’ (Today calls for some sweets).

I helped myself to some dessert. All of them were taking pictures and videos of me as if they’ve spotted a tiger in a jungle safari. And I understand their side — even I don’t even know the last time I had eaten anything sweet before that. And I have absolutely no regrets — the occasion completely called for it.

One year on from the result, I still find it hard to recall how many times I have felt the way I felt that that night in Doha. I couldn’t be on the pitch with my fellow Blue Tigers but the way they played and the heart they showed, they gave me a memory to cherish for a lifetime.

How a team dinner ‘turned the tide’ for the Blue Tigers before historic Qatar clash
Asian Football Confederations cancels AFC Cup 2020, Champions league to be delayed