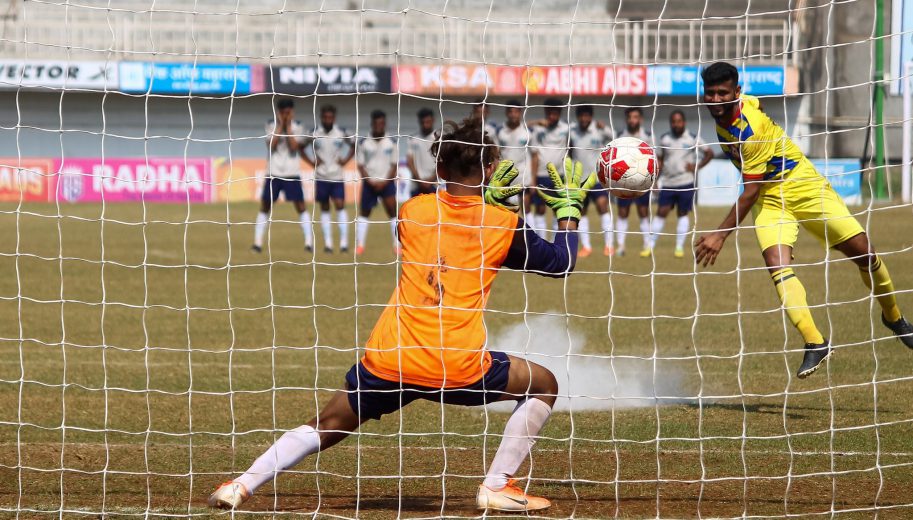 The WIFA Inter-District Open Men’s Championship hosted 8 matches in the opening day of the tournament. Wardha, Raigad, Osmanabad, Sangli  Latur, Nanded, Thane, and Gondia qualified to the next round.

The opening game of the day hosted Wardha against Palghar. Palghar succumbed to the lethal forces of Wardha, as the latter outclassed Palghar by scoring 5 goals past them. Gaurav Wagh scored the first goal for team Wardha at the 9th minute. Within a few minutes, Keval Pagdhare of Palghar equalised for them. Wardha took the lead at the 37th minute through Prajwal Lasunte’s strike which kept Wardha in lead at the half time. The second half kicked off only to see Wardha score 3 more goals as Shiv found the net once and Ashwadeep netted a brace.

The second game of the day saw team Raigad get the better of Jalgaon, as they qualified to the next round through penalty shootout. The match ended as a 1-1 draw. Sameer Tadavi opened the scoreline for Raigad to which Peter Nigil had a reply within 10 minutes. Throughout the rest of the game, both the teams created chances which they failed to convert from. The game went on to penalties where Raigad beat Jalgaon by a 3-1 margin.

On the third game of the day, Osmanabad edged past Hingoli through penalties. An end to end affair saw both the teams create aplenty chances. However, both the teams failed to find the net and the game went on to the penalties. Osmanabad scored 4 goals from the spot kicks whereas Hingoli found the net twice which led Osmanabad to qualify for the next round.

The next match hosted Sangli against Yavatmal. An exciting encounter came to an end where Sangli defeated Yavatmal by a solitary goal. The next game saw Latur win against Buldhana by a brace.

Nanded vanquished Ahmednagar on the 6th match where Sayed Rehman starred with a hat-trick. Syed’s heroics could be noticed from the opening touch of the game as he scored his first goal within a minute. He scored the other two goals at the 5th and the 19th minute to complete his hat-trick. After scoring 3 goals within the opening 20 minutes, Ahmednagar’s hope for a comeback was destroyed. Nanded went on to score two more goals at the half time through Khalid and Subham’s effort which put the final nail to the coffin for Ahmednagar. In the second half, Nanded maintained their momentum and headed to the next round with ease.

The last game of the day saw Gondia ease past Chandrapur. Bhupendra scored a brace and Abhijeet, Gaurav netted the other two. Abhijeet opened the scoring at the 5th-minute following which Gaurav extended the lead at the 15th minute. Bhupendra scored at the 17th minute and netted his second goal at the second half.