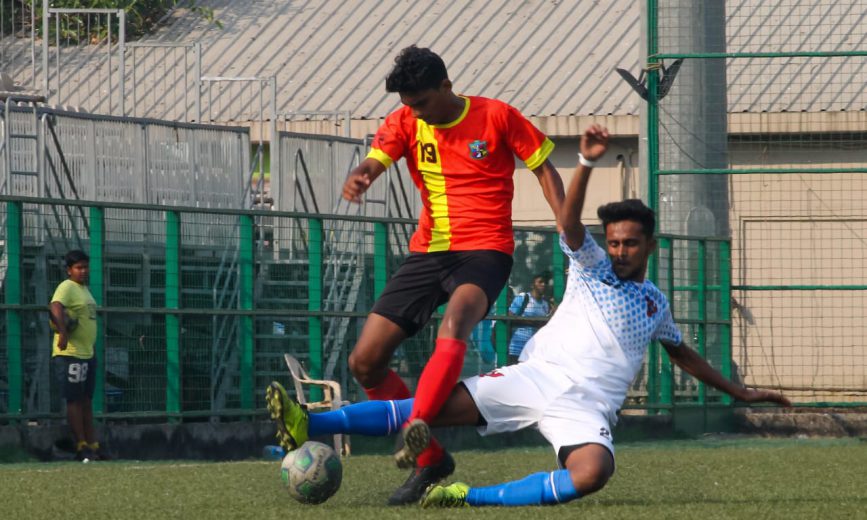 A profligate KSA dropped point against a spirited Companeroes side while Millat FC hold Sellebrity FC in Elite Division encounters.

The first half ended on a cagey note with neither side managing to break the deadlock with KSA creating quite a few good chances only to miss out on end product. In the second half, the story continued until the 73rd minute, when Sahil Shaikh brokethe deadlock in fine style to make it 1-0 in favour of KSA

Companeroes responded with couple of good attack in the fag end as KSA looked content with the lead however Companeroes found the equaliser right at the death when a through ball from the middle was latched on by Aniket S who made no mistake in converting his chance to secure his side a point.

In another Elite Division encounter played out at Neville D’souza ground, Bandra, Millat FC twice came from a goal down to hold Sellebrity FC to a 2-2 draw. Ricky Rajkumar’s first half brace had put Sellebrity in driving position at break with Kalpesh Rane scoring for Millat in between the two goals. A goal in the final quartet of the game from Merick Fernandes ensured Millat FC went away with a point.

In Super Division Teleperformance rode on Saurabh Nikam hat-trick to down West Zone United FC 4-0 with Carlton Fernandes chipping in with one goal too. Meanwhile in other Super Division encounter, Colaba SA put a spirited display to come from two goals behind to equalize in the dying minutes of the game.