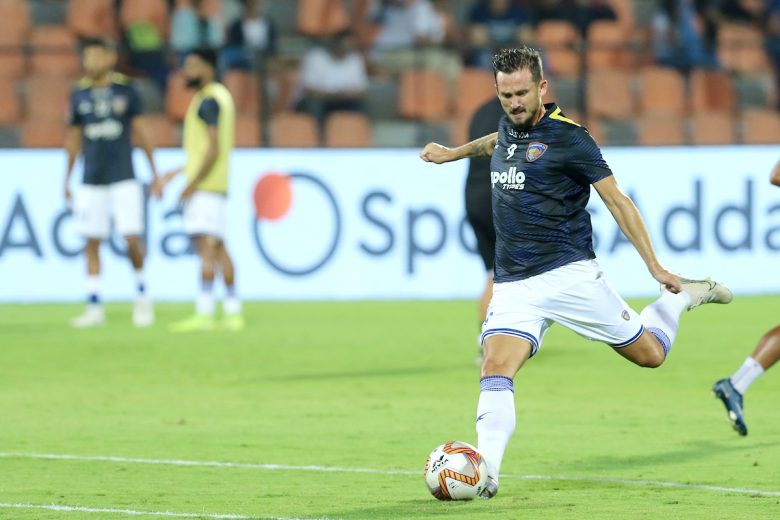 The ball is firmly in Chennaiyin FC’s court as their result against NorthEast United FC on Tuesday would determine the final Hero Indian Super League standings and the play-off fixtures.

Chennaiyin are currently fourth on the table with 28 points, two shy of third-placed Bengaluru FC. A draw or a defeat would mean that they would face league-toppers FC Goa in the play-offs. Should they pick a win over the Highlanders at the Indira Gandhi Athletic Stadium here, a battle with second-placed ATK awaits them in the two-legged semi-finals.

A lot would depend on Owen Coyle’s plans and whether he would look to hand an opportunity to his fringe players. Lucian Goian, Rafael Crivellaro and Nerijus Valskis have picked up three yellow cards this season and one more in the final league game would mean that they miss the first leg of the play-offs. It is highly unlikely that Coyle will take that risk by fielding them on Tuesday.

“First of all, we want to win the game. We have three boys on three yellow cards. It will be really naive to put them on and take a risk. So those players will be rested. Ultimately, you have to beat the best teams to win. Be it FC Goa or ATK. They are very good teams with perfect coaches. So when that comes, we will think about it. But still, we want to win tomorrow’s game,” said Coyle.

Expect the likes of Rahim Ali, Karanjit Singh, Deepak Tangri and Aimol Reamsochung to be named in the starting XI. Should any of the above-mentioned players perform exceptionally well, it would pose a selection headache for Coyle ahead of the play-offs.

NorthEast United have their own battles to face. They suffered a humiliating 5-1 loss to Hyderabad FC last week and the Highlanders would be desperate to make amends in front of their home supporters and finish their season on a good note. It has been a disappointing campaign for NorthEast as they failed to get going after a good start. Injuries to key players like Asamoah Gyan, Kai Heerings didn’t help as they struggled to find the back of the net.

They could only manage 14 goals from 17 outings, which means averaging less than a goal per match. Khalid Jamil has the unenviable task of ensuring that the spirit within the squad remains high as they play their final fixture of the season.

“This is the last match. Everybody will give their best and we will try to finish on a winning note. Chennaiyin have a good team. They did not start well but they played really well later. But I would like to give chances to the players who have not played many times this season,” said Jamil.