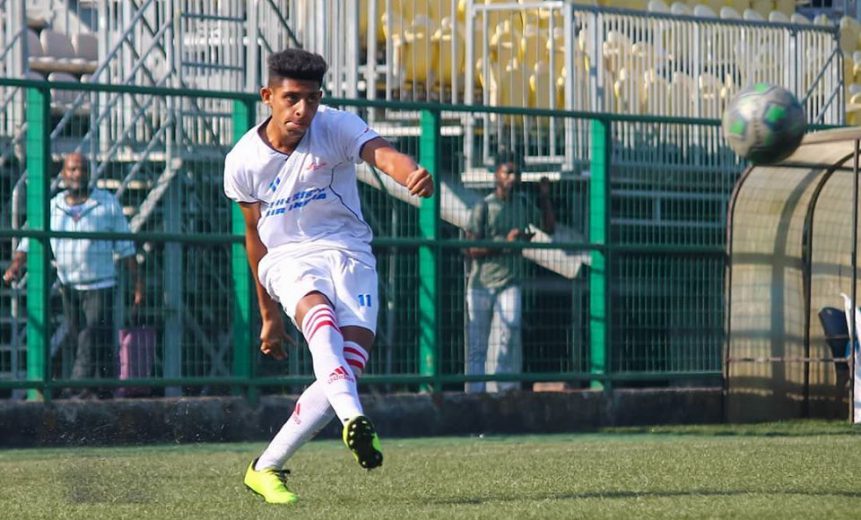 In the MDFA Elite division encounter played out at Cooperage, Air India faced off against Central Railway in what turned out to be close game that saw three goals and two red cards.

The match began with Air India taking the early lead when in the 2nd minute of play, Santosh Koli thread in a cross from left wing to find Ashiqe inside the box. As the CR keeper came off his line to block the short, Ashiqe did well to lay the ball off for onrushing Sanchit who slotted the ball past an empty net to make it 1-0.

Sanchit almost doubled the lead few minutes later when Rosenberg’s cut back was latched on by the striker whose shot came off the bar. Central Railway grew in to the game soon enough with some good defensive work and keep the ball possession better as both sides entered the break at 1-0.

In the second half, around the hour mark Air India skipper Vijith Shetty did well to skip past couple of defenders before being fouled by a Central Railway striker. Surprisingly, the referee adjudged the move to be fair and indicated to play on, which did not go down well with Vijith who ended showing his frustration. Surprisingly, referee gave the player direct red card for dissent as Air India were reduced to 10 men.

At the other end, another similar incident between linesman and Central Railway player Prashant saw the referee giving him the marching orders too as both teams ended up playing with ten men for final 30 minutes of the game. Shabaz then managed to find the equalizer in the 65th minute when he dribbled past a defender and goalkeeper to score.

Meanwhile at the other end, Manoj produced a goal line clearance to deny Air India’s Lawrence a goal. In the final 10 minutes of the game, Air India made attacking substitution bringing in Azza Noorani and others in to the game. The move paid off as Air India’s attacking threat became even more effective when Rosenberg’s strike hit the top bar before deep in to the injury time Dion beat his marker to send in a looping ball for Azza, who did well to control it before unleashing a powerful strike past CR custodian and make it 2-1.