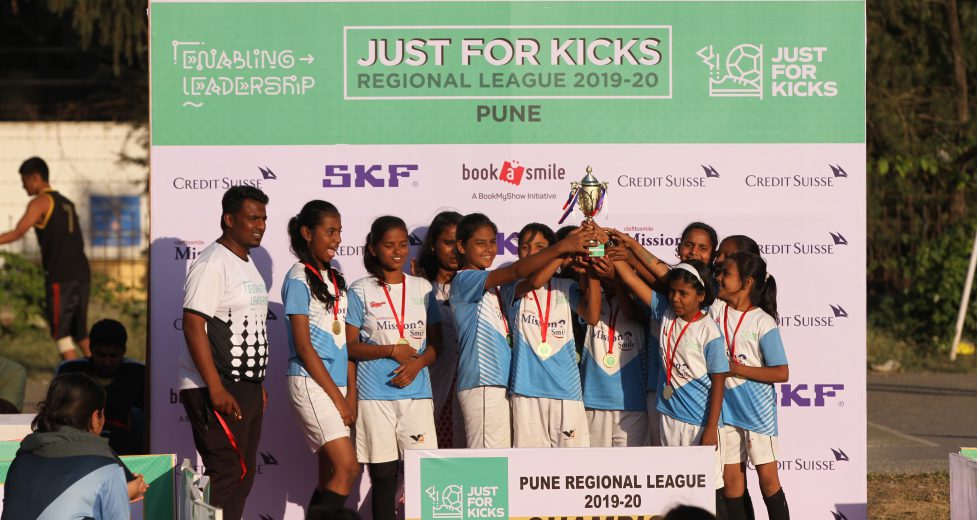 1000+ children from government and low-income schools participated in global non-profit organization Enabling Leadership’s “Just For Kicks” football program in Pune over the last one year.
These students also competed in the program’s football league over 7 days in Pune hosted at the Bharati Vidyapith Ground, Katraj, Pune. The winners of this regional league have qualified to compete at the organization’s national championship in Pune on 22nd & 23rd Feb 2020. This championship will bring together 450 children from the cities of Delhi, Bengaluru, Chennai, Hyderabad, Mumbai, Pune, and villages of Dharwad and Kumta in Karnataka.
U10 Girls Winners: Pashan Panthers

U10 Girls Runners Up: Pansare Giants

U10 Boys Runners Up: 105B Timberwolves

U12 Girls Runners Up: 105B Timberwolves

U12 Boys Winners: 105B Timberwolves

U14 Girls Runners Up: PCMC Strikers

U14 Boys Runners Up Sonba Raiders

U16 Girls: Runners Up: Sonba Raiders

U16 Boys Runners Up Ahilyadevi Mavericks