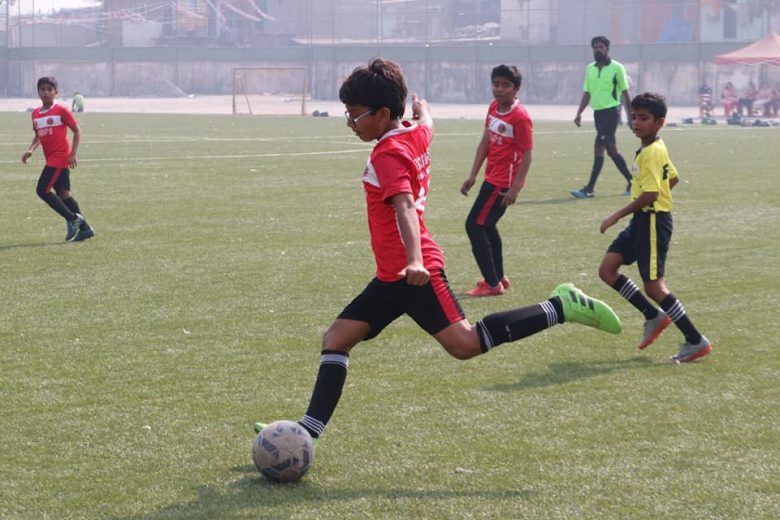 Mumbai: The Yuva President League (YPL), a new initiative of MDFA proved to be an instant success and despite a four-month-long competition for boys in different age categories, it is heading for a final flourish. The YPL which commenced on Independence Day, August 15, 2018, will culminate with the grand finals, at the Cooperage football ground on Republic Day, January 26, 2019.

A whopping number of 270 young teams participated in five age categories (U-8, U-10, U-12, U14 and U-16) and it was quite a Herculean task for the organisers, who managed to conduct the matches in a smooth, efficient manner.

“It was quite a big challenge. Matches were played only on Sunday’s and almost 75 games were played every match day across six venues. The perfect teamwork and coordination from the MDFA office bearers, the volunteers and the referees, helped in successfully bringing the Yuva President League to a close. Now with only the five finals remaining it gives a very satisfying feeling,” mentioned Siddarth Sabapathy, the head coordinator of the organizing committee.

“The MDFA has really done something that will be good for Mumbai football. The YPL is a brilliant grassroots competition that will promote and develop the game, but MDFA must continue with conducting such events regularly. It will certainly benefit football clubs and academies, especially the ones who have a proper structure,” said Alphonso Santiago, a former Maharashtra player and Director of Western Indian United FA.

“But such tournaments must be conducted on natural grass fields. I know it’s going to be difficult since Mumbai lacks good football grounds, but the association should try to convince all the institutions like the Mumbai Football Arena in Andheri, Bombay Gymkhana, Western Railway, and the others to allow the use of their grounds,” Santiago further said.

Udyan Banerjee, Hon. General Secretary, MDFA said, “We received a very good response from football clubs and academies and over 3000 boys participated, which is massive. The contests were very exciting as the kids showed a lot of energy. The MDFA is keen to encourage children to play football and the YPL will be conducted annually on a term basis and we will certainly work to make it bigger and better.”

Schedule of the final day on the 26th January 2019

We got to experiment against a quality opponent: Maymol
Sub-Junior Boys: Mumbai to face Pune in Final