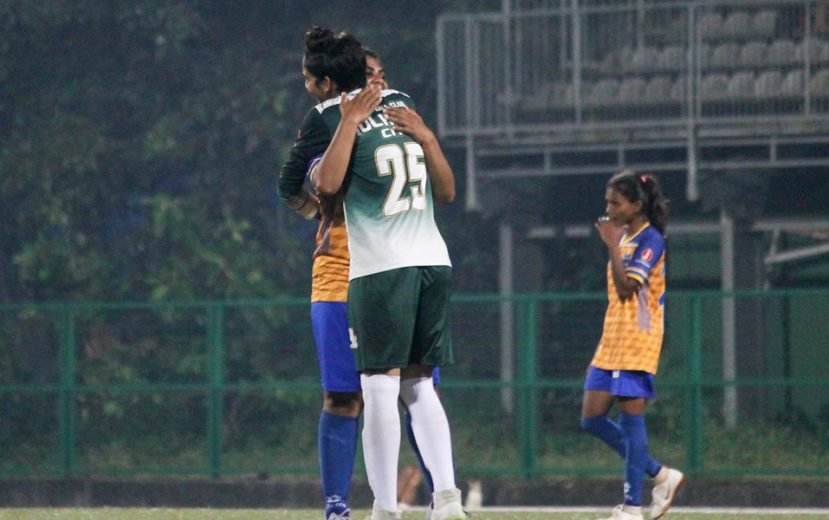 The opening encounter of the day saw India Rush Soccer Club get a remarkable win against Future Star FC. As the match kicked-off, team Future Star FC immediately found the net. The no. 7, Vidisha Sawant, opened the scoreline early at the 3rd minute of the match. India Rush immediately replied through Archana’s strike as she levelled terms within a few minutes. Archana’s effort found the net at the 6th minute of the game. Further, Christina Michael scored at the 24th minute to give India Rush the lead. As the fierce first half was nearing its conclusion, Riya D’Souza comforted India Rush with a goal in the additional minutes. India Rush headed to the tunnel with a comfortable 3-1 lead.

As the second half commenced, till the 80th minute, both the teams failed to go past the keeper. However, the last 10 minutes were a goal-scoring bonanza. Velanie Fernandes added on to the scoresheet for India Rush at the 81st minute. Harshika Viskarma of Future Star scored a consolation goal at the 82nd minute and Christina Michael completed her brace and ensured three points for India Rush when the match was 86 minutes old. Team India Rush SC had the last laugh as the scoreline read 5-2 after the final whistle.

During the initial half, both the teams pumped in failed attacks to find the netting. The second half commenced and the match intensified to unlock the next level. Both the teams played end to end football which was pleasing to watch. Although during the dying moments, at the 88th minute, FC Kolhapur City’s Adika Bhosale broke the deadlock to seal the win for her team. FC Kolhapur City left the pitch with all three points leaving Kenkre FC gutted through a solitary goal scored by their Number 10.

U-17 Women’s Championship: Lionesses and Tigresses clinch comfortable victories
Alex Ambrose – “It’s a huge thing that these girls will get to play in a tournament like this”