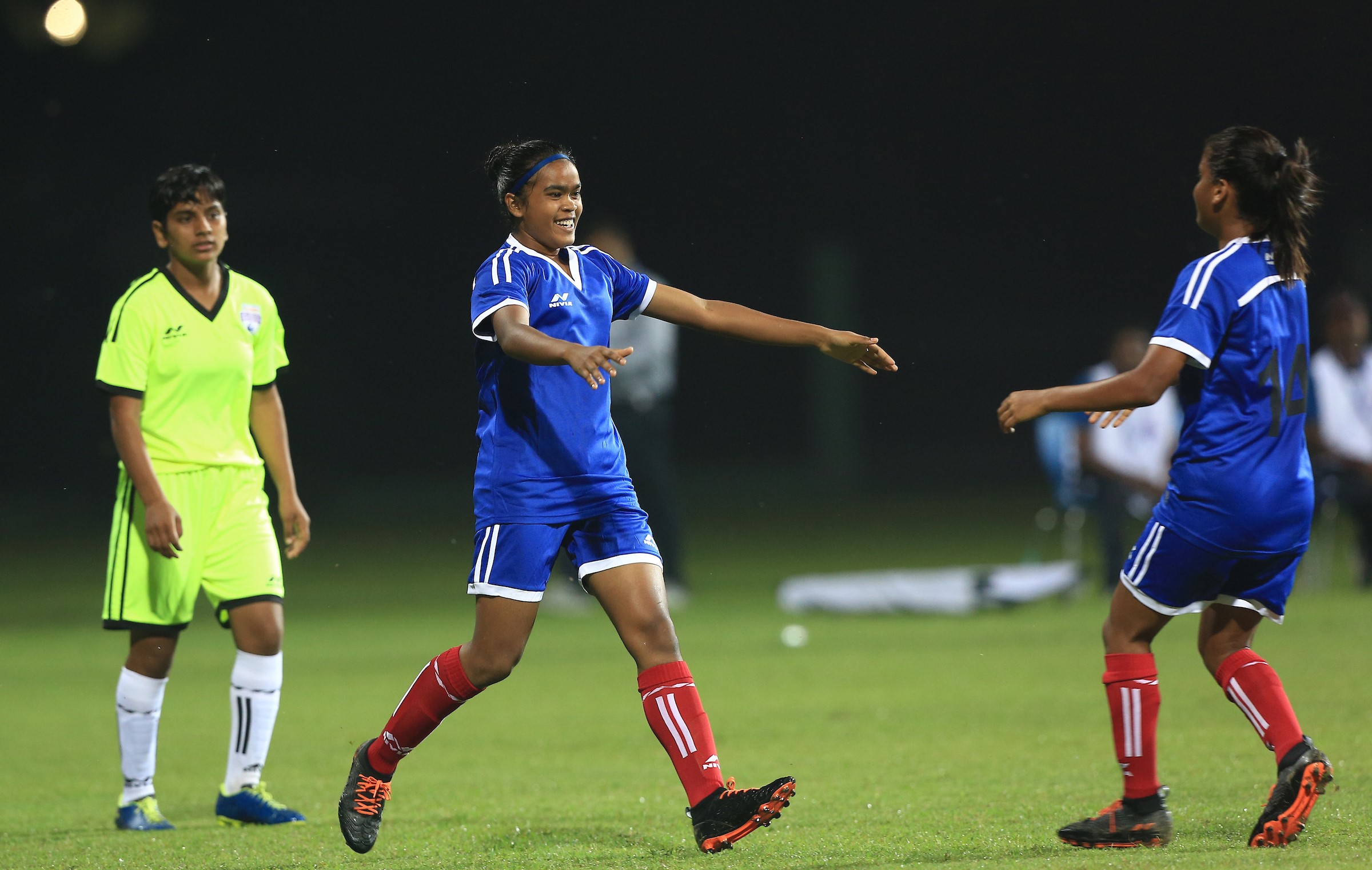 Alex Ambrose-coached Lionesses handed Panthers a 3-0 defeat in the inaugural match of the 2019 Hero U-17 Women’s Championship here on Monday. Sudha Tirkey (17’ O.G.) shot into her own net before goals from Lynda Kom (35’) and Priyanka Sujeesh Pottekat (73’) saw the Lionesses claim full points.

The championship organised by Football Sports Development Limited (FSDL) is aimed at showcasing the best of talent for Indian team selection ahead of country’s participation in next year’s FIFA U-17 Women’s World Cup.

Lionesses’ Sumati Kumari could have easily scored the first goal of the tournament inside six minutes but it was Panthers’ captain Sudha who had the misfortune of guiding the ball into her own net while clearing a cross from the enigmatic Sunita Munda.

The Lionesses were fluid on the pitch as Subhash Chakraborty-coached Panthers had little reply. Lynda Kom, who starred for India in last month’s SAFF U-15 Women’s Championships with four goals chipped in a ball over Anjali Barke’s head after the goalkeeper fumbled, allowing Priyanka to set her up inside the box.

With newly-appointed India U-17 Women’s head coach Thomas Dennerby watching from the stands, Lionesses kept the same momentum in the second half. Priyanka was rewarded with a goal for the constant pressure she mounted on the Panthers’ defence but it was second-half substitute Daisy Crasto who had the chance of the evening as the Lionesses fell shy of scoring the fourth in the dying embers of the game.

In the second match of the day, two early goals from Tigresses helped the Priya PV-coached side register a 2-1 win over Cheetahs in the second game of the FSDL organised Hero U-17 Women’s Tournament here on Monday. Amisha Baxla (3’) scored and set up Karen Estrocio (6’) before Reet Kashyap (67’) got Cheetahs a consolation goal.

Cheetahs head coach and Indian football legend Oinam Bembem Devi saw her charges drop on the backfoot after a defence-splitting pass from the Tigresses midfield which witnessed the Jharkhand-born Baxla flash in from the right wing to finish with perfection.

Estrocio was then assisted by Baxla as the girls in blue romped up a two-goal cushion within six minutes. Aveka Singh dictated proceedings from midfield as Tigresses held on comfortably.

Inspiration was not far away for the Cheetahs with Bembem Devi’s guidance from the touchline. A better show in the second half was rewarded with a glorious long range-goal from Reet Kashyap after defensive naivety from the Tigresses.

Tigresses who joined Lionesses on top of the table will now face Panthers on Wednesday, while Lionesses will lock horns with Cheetahs on the same day.

Aimed at scouting the best talents to form U-17 team ahead of India’s participation and hosting of the FIFA U-17 Women’s World Cup 2020, the championship sets the pace to country’s preparation for the mega event.