We are on the right path: affirms Gurpreet Singh Sandhu 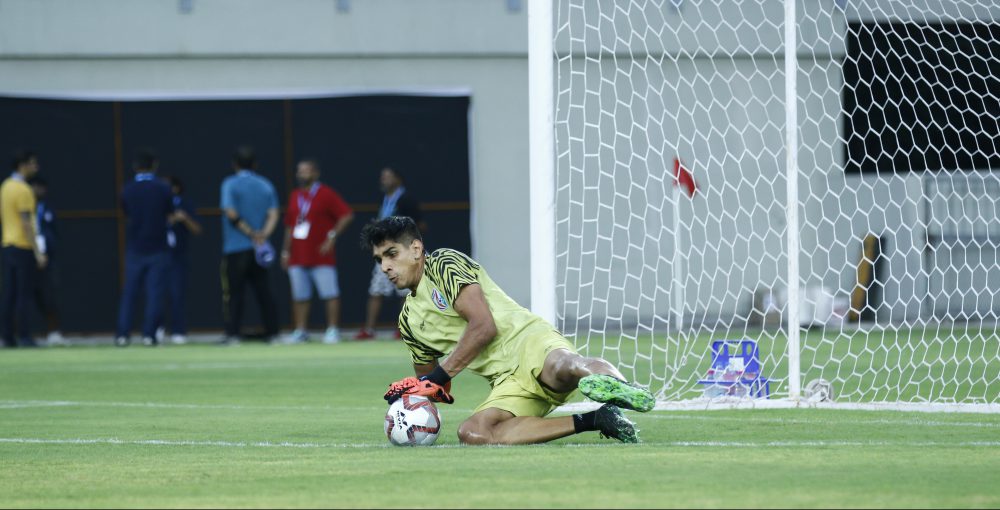 Goalkeeper Gurpreet Singh Sandhu, the only Indian player to play in the UEFA Europa League, stands out as one of the senior members of the Indian Team.

The shot-stopper who last wore the captain’s armband when the Blue Tigers recorded a memorable 4-1 win over Thailand in their opening match of the AFC Asian Cup UAE 2019 said in a media interaction that “we are on the right track.”

“We have grown a lot, especially in the last 5 years. I have personally seen the young talent that we have. Our youth teams – the U16s, U15s — the players possess great technical abilities, and have great awareness. The senior players have grown in terms of their mentalities as well,” he stated.

With Ex-Croatia manager Igor Stimac, Head Coach of the Blue Tigers having handed 9 International debuts in the 3 matches so far, Gurpreet hailed the impact of the new faces in the team, saying that the infusion of young blood in the team is “very important.”

“Having young blood in the team is very important. I feel that the youngsters who have come in through the system are very talented. They are very technically able players who are confident, and know how to play with the ball. It’s a really good sight. I hope they lead us through the years to come,” he quipped.

Gurpreet also spoke about the need for him to “lead by example,” which is something he stated he learnt from his seniors. “The role that the young players have in the team is something very important. What I have learnt from my seniors — Sunil (Chhetri) bhai and Subrata (Pal) bhai is to lead by example, and make sure you are trying to do the right thing. It is how young people learn and it is important for me. Sandesh (Jhingan) and Sunil bhai, who has been doing it for so many years, to lead by example.”

Under Stimac, the Blue Tigers have registered one win, which came away to Thailand in the King’s Cup 2019. Gurpreet termed the current phase as a “transition period” and dubbed this “delicate” time as “extremely crucial.”

“Right now, it’s a transition period. We have a new coach, a new set-up and new players. It is a very crucial period for the team to learn what is required from them, and to make sure that we put it out on the pitch. If we perform with all the tactical awareness that is provided, we can do well,” the former Stabaek man felt. “It takes a collective effort to get things right. We have to test out things in matches like these and make sure that we are ready for the big stage when the time comes.”

The Hero Intercontinental Cup 2019 is being held in Ahmedabad, marking the first time the senior national team is playing in the state of Gujarat. Gurpreet praised the “commendable” step and said that the team has enjoyed playing in the city. Tickets for all matches can be purchased at bit.ly/HICTickets.

“India is a big country, and to have connectivity is very important. If you don’t go to a certain place, you won’t know whether people love the game or not. We have had a great experience here and now we know that people love football here and come to the stadium to watch it. It’s a commendable job by the federation to have that kind of connectivity and hope we have more such experiences in the coming years,” the custodian mentioned.

The Blue Tigers will take on DPR Korea in their next match of the competition, scheduled to take place on Saturday (July 13, 2019) at 8 PM IST. Gurpreet affirmed that he hoped to see another excellent turnout at the stadium for the encounter.

“Seeing the turnout against Tajikistan was amazing and a great number of people came to cheer for India. I hope they keep coming to watch us in the next matches as well and we’ll try to play our best game as well,” he said.

The match against DPR Korea can be watched live on the Star Sports network on SS1, SS1 HD, SS3, SS1 Bangla and Asianet Plus. It can also be streamed on Hotstar and JioTV.