U Mumba and Sellebrity left it late to snatch a win 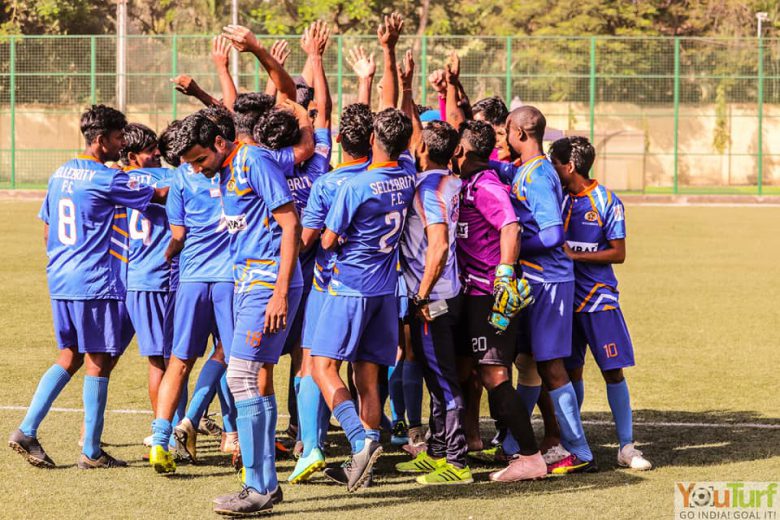 9th February 2019, Mumbai: In the MDFA Elite Division (Private Group), a total of two games were played over the last couple of days. New entrant U Mumbai played Seaview FSI while Companeros encountered Sellebrity at the Cooperage Stadium.

U Mumba and Sellebrity left it late to deliver the final blow against Seaview and Companeros respectively to earn all three points.

Undoubtedly, one of the best games in Elite Division this season. In a tale of twist and turns, U Mumbai came back from 2-0 down to score three goals in the last stages of the match to snatch a remarkable 3-2 victory.

Seaview almost pulled off a big win but soon after they conceded the first goal, the momentum swiftly shifted to U Mumba’s territory.

It was Kiran Gaddam and Sandesh Malpote’s goal apiece which had put Seaview in the driver’s seat but in the 83rd minute, U Mumbai pulled a goal back through Sagar Khanvilkar before in-form striker Karan Kapoor scored the equalizer just two minutes later.

Seaview was left stunned. But the story was yet to be complete. With the game evenly poised at 2-2, in the fourth minute of injury time, Mayur Survare found the back of the net and completed a spectacular comeback to snatch all three points from Seaview.

In the other group game, Companeros and Sellebrity played out an equally nail-biting game at the Cooperage Stadium.

Playing with 10 men for the majority of the second-half, Companeros solid backline kept Sellebrity at bay until the very last seconds of the game when a late strike took away all the joy.

After a cagey first-half, both the sides were locked at 0-0. Companeros’ Pranit Kadam was shown marching orders from Referee Rajesh P. in the 58th minute.

It seemed Sellebrity would quickly take the advantage but they didn’t until the final act. Attacking Midfielder Mrudul Parab made a stunning move in last seconds of the game and brilliantly found the back of the net to secure all three points for Sellebrity.