Time for NorthEast, ATK to convert draws into win 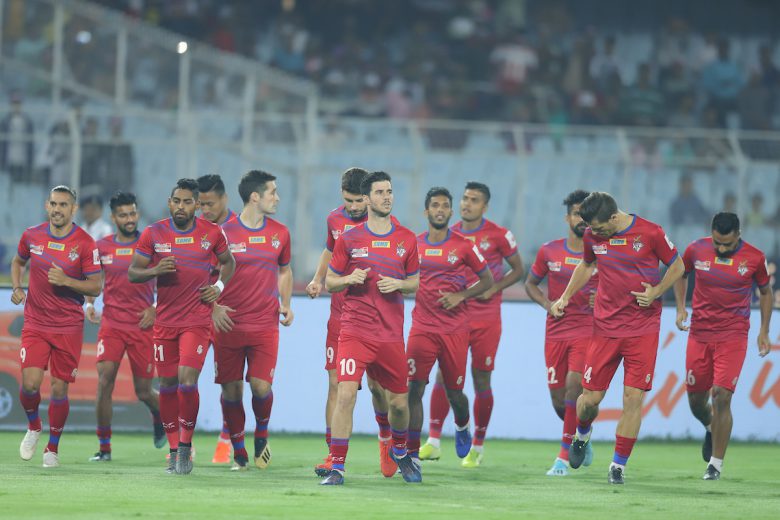 It’s a clash that could have ramifications at the top of the table. NorthEast United are fourth with 10 points from six matches, while ATK are second with 11 points. With the top four sides yet to really pull clear of the chasing pack, the teams will see this game as an opportunity to establish some gap between them and those below.

Though NorthEast are yet to taste defeat this season, their form has been a little inconsistent. They have played three draws from their previous four games. Coach Robert Jarni will need his team to convert these draws into wins.

With the likes of Asamoah Gyan, Martin Chaves and Panagiotis Triadis playing well, the frontline has looked deadly, but they have been guilty of conceding cheap goals at the back. However, in what is a sign of their fighting mentality, the Highlanders have come up with late goals whenever they have found themselves in a position of trouble.

“It does not depend upon us when the goals will come. In all games, in the first 15-20 minutes, we observe the opponents. When you play away from home, it is difficult to score as well. We have many different players who are scoring the goals and making a difference,” said Jarni when asked if he was concerned that NorthEast are having to come up with late goals time and again. In what should come as a huge relief for Jarni, Dutch centre-back Kai Heerings is back in contention after serving a suspension.

His return will play a huge role, given the fact that ATK have a deadly attack which features the likes of Roy Krishna, David Williams and Michael Soosairaj. Though Williams is on a goal drought of three games, Krishna has been in fantastic form with three goals from the last three games. “For me, at this moment, this is the best team in India. ATK is a dangerous team. Because many players are very good with each other. And we want to give everything in the pitch to win the game,” said Jarni.

Antonio Habas’ men are unbeaten for five games now, but are coming into this match after a couple of draws against Odisha FC and Mumbai City FC. While a win is paramount, expect the Spaniard to set up his team in an organised manner and allow very little space for NorthEast’s talented attackers.

“He (Gyan) is a very good player. He played three World Cups. Our idea is to defend freely and with determination. He is a very important player for NorthEast. We have to have control on the field,” said Habas. “We are second in the league table. We are quite good in scoring goals as well. The team is balanced, but we want to be better,” he said.

ATK’s defence is expected to be shored up by the return of Agus Garcia and that will see Carl McHugh play as a defensive midfielder, providing an additional screen for defence.

With both sides boasting matchwinners, the contest should be closely-contested with fine margins deciding the fate.