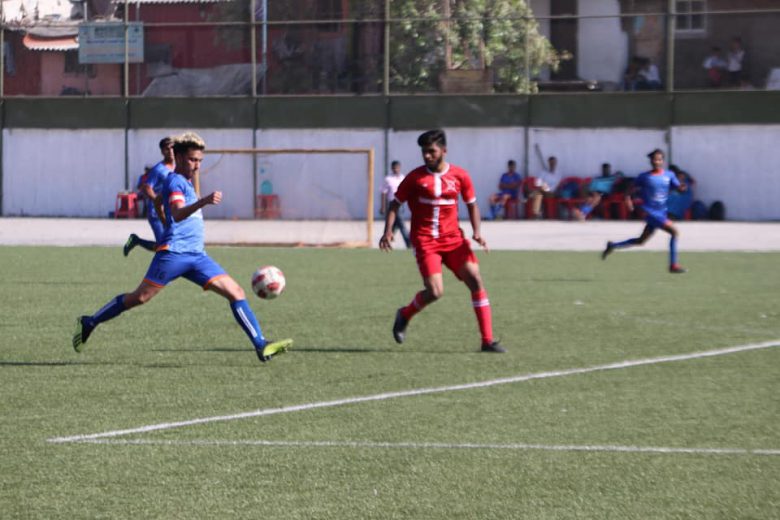 Mumbai, February 9, 2019: Tarun Sporting beat Mumbai Warriors 1-0 at the Neville D’Souza Ground on Saturday thanks to a wonder goal by Kuldip Masih.

He scored off a 30-yarder in the 29th minute and left the Warriors goalkeeper for dead! Masih’s speed and physical play was a huge plus.

Both teams played at walking pace at the onset. Warriors played catch up in the first half which was virtually a midfield battle. Sporting held on to possession and created numerous chances and Warriors tried out the oft familiar long ball strategy.

Akash Khadka was the architect for Sporting’s build-up play on the right flank. His superb off-the-ball work opened up space for the Sporting strikers. Masih’s shot swiveled in the air for a second or two and went past the dive of the goalkeeper. It is a contender for the goal of the season!

Kevin Fernandes came close to scoring for Warriors as his cross went wide of the post. Warriors played catch up for most of the first half which finished 1-0 to Sporting.

Khadka cleverly switched flanks as he peppered the Warriors’ backline with crosses and long balls in the second half. Akshay Yadav came close to scoring a second goal and Chirag Baria and Khadka failed to apply the finishing touches. Warriors simply couldn’t find a way past the Sporting backline!

Avesh Shaikh (Mumbai Warriors) and Mustak Shaikh (Tarun Sporting) got their marching orders in the dying minutes for dissent.