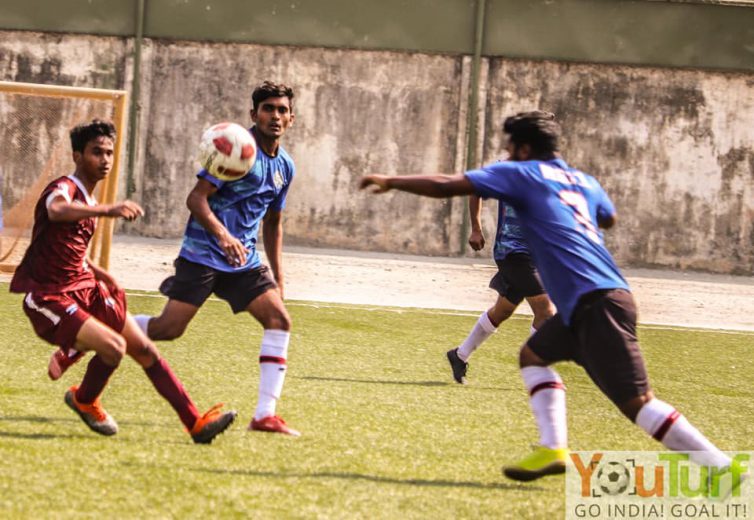 Mumbai, January 30, 2019: What a finish! It was a game to remember as Father Agnel and Mumbai Port Trust played out a thriller at the Neville D’Souza Ground on Wednesday.

Agnel ran out as 5-4 winners in what was a humdinger.

Shreyas Vatekar opened the scoring for Agnel with the easiest of goals in the 11th minute.

Mumbai Port responded with Atif Ansari who made it 1-1 in the 19th minute.

It rained goals as Muttvallz made it 2-1 in the 22nd minute.

Umer Shaikh and Shubham Kamteke scored in the 25th and 29th minutes respectively to make it 3-2 for Mumbai Port.

Muttvallz made it 3-3 in the 32nd minute — the fourth goal in ten minutes!

It was football at it’s very best!

Mumbai Port threatened to kill the game off as they launched wave after wave of attacks in the Agnel box.

Ansari smashed home a superb goal in the 69th minute to leave them on the brink of a memorable win.

It wasn’t to be as Agnel pulled out a rabbit from its hat in injury time.

Sayed popped out of nowhere and slammed in a goal in the 93rd minute to make it 4-4.

Shelke hit home the winner for Agnel in the 95th minute to complete a stunning comeback!