Sunil bhai told me not to burden myself with any pressure: Michael Soosairaj 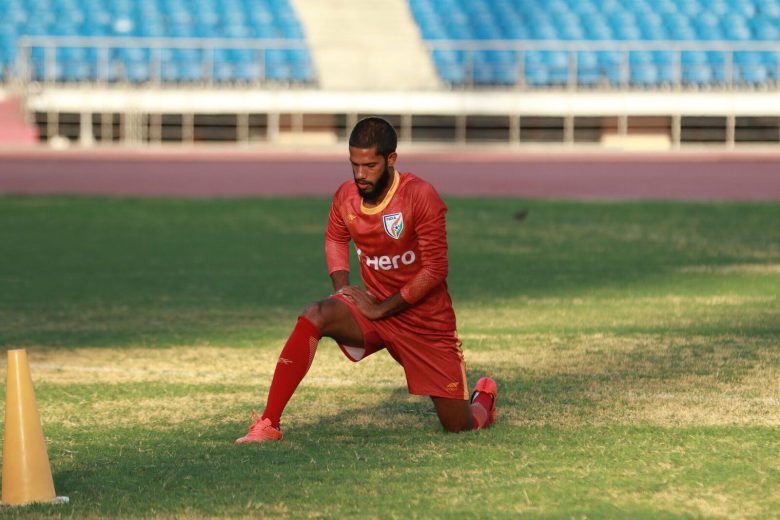 Chennai-based midfielder Soosairaj Michael had a similar jaw-dropping moment recently when he stepped into his first-ever National Team camp alongside his hero Sunil Chhetri.

Meeting your childhood hero is a memorable moment for any football player across the world, and sharing the dressing room with him or her is the added icing on the cake. “Like most other youngsters, I used to look up to Sunil Chhetri since my childhood. This is my first National team camp and meeting him the first time has been my favourite moment” Soosairaj stated on the sidelines of the preparatory camp ahead of the King’s Cup.

“I will never forget his advice the first time we met,” he added. “He told me not to burden myself with any pressure” Soorairaj recollected. “It’s your first National Team camp, just enjoy the moment and give your best on the ground. That’s what Sunil bhai insisted to me.”

Soosairaj also narrated that ‘Sunil-bhai is so humble, and it’s infectious’. “He came up to every junior player and asked us to stay focused on and off the pitch, and continue the good work. He has met all of us individually and that’s blown me away,” Soosairaj smiled. Although Soosairaj scored four goals, and provided five assists for Jamshedpur FC in the last edition of Hero ISL, the competition in the National Team is something which he has already started to feel.

“37 fantastic players were called up by the Coach, and eventually only 23 players will be in that final list. There’s a fierce competition amongst us. There are some great midfielders in the squad. I know I need to compete with then, and that I have to give my best. I’m trying my best in every training session,” Soosairaj explained.

“It feels great to be in the National Team setup along with all. Even if I don’t make the cut finally, I won’t get bogged down. It has been an eye-opener, and a unique experience which will help me better myself as a player.” The 24-year-old midfielder also revealed that he grew up watching his elder brother Regin Michael play, and he’s the one who has been motivating him even today.

“My elder brother (Regin Michael) is my motivation. I have seen him playing since my childhood, and he motivates me even today. Incidentally, both of us have signed for the same club now.”