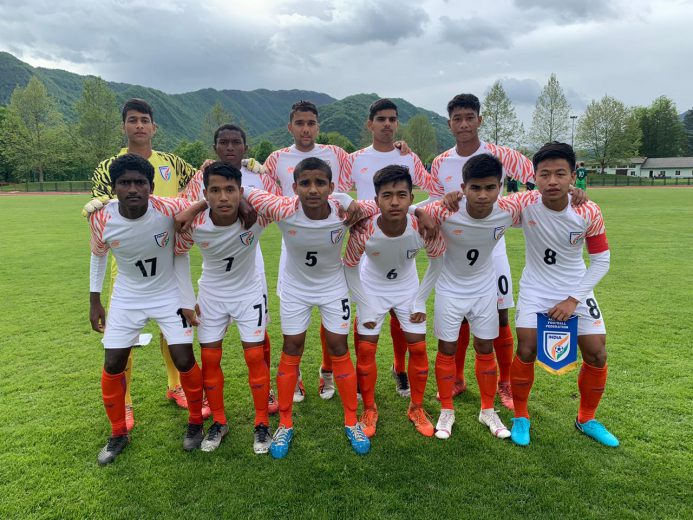 The India U-15 men’s team rounded off their MU-15 Tournament with a thrilling 2-2 draw against Slovenia in Palmanova on Tuesday, April 30.

Sridarth put India ahead early on, before Slovenia equalised through Enej Marsetic to see the two teams head into the tunnel at half time with the scores tied at 1-1. Slovenia took the lead in the second half, but Sridarth scored the equaliser with just seconds of regulation time left on the clock, to get the result for India.

India got off the blocks early, with Eric and Himanshu creating chances in the opening exchanges. However, it was Sridarth, who broke the deadlock, as he flicked the ball with one foot, and finished it off with the other. India were knocking on Slovenia’s doors, but it was Marsetic, who equalised for the latter on the 20th minute.

After the changeover, Slovenia came off the blocks fighting. Their efforts finally reaped the rewards when they took the lead on the 51st minute. However, Sridarth had one last say in the game, as he nodded in an equaliser with just seconds left on the clock, to level the scores yet again.