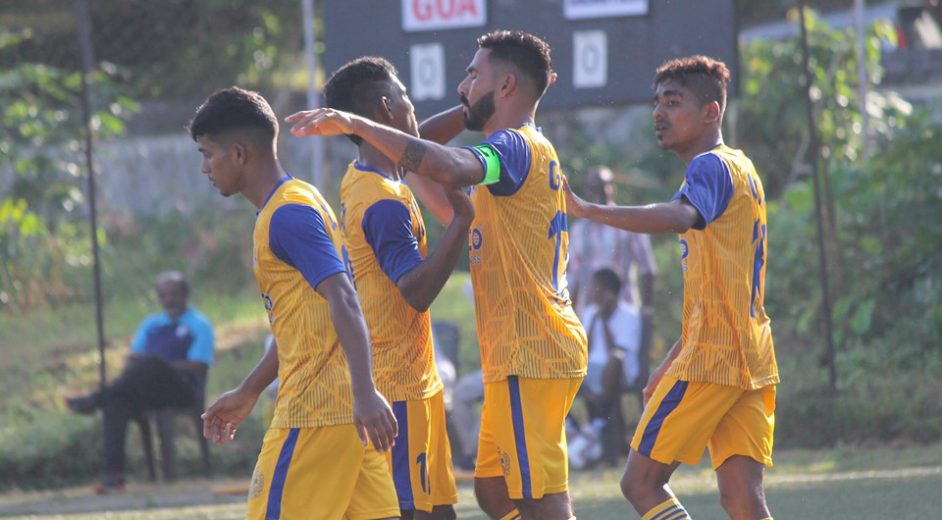 The early morning encounter saw Goa take on Rajasthan in the opening fixture of group B. Goa started on the front foot with some good possession but failed to capitalise on the chances in the final third.

The opener came in the 18th minute of the game, when a cross from the right flank was met by a Joaquim Abranches header. Around the half hour mark another low cross from the right was clinically finished by Joaquim to double the lead for Goa. Thereafter, Rajasthan managed to take hold of things in the defence.

Rajasthan Goalkeeper Mahesh Rajpurohit did an excellent job between the sticks pulling off some brilliant saves to deny Goa any more goals, while defender Ankit Kumar and Gajendra steadied the defence well to deny Goa further goal scoring opportunities.

In the 2nd game of the day, Madhya Pradesh produced top performances to outclass Dadra & Nagar Haveli. The team from central India started out brightly with some throbbing moves in the Dadra & Nagar Haveli half. Around the half our mark, Bikram Sarkar opened the scoring with a neat finish to beat Goalkeeper Pulkit Singh. Two minutes later, Deepak Ahirwar doubled the lead as MP took hold of the game.

In the second half, MP continued with their attacks as Dadra & Nagar failed to hold on to the ball for much longer, their attempts on attack too would be often faded away by the Offside calls. Meanwhile MP had some opportunities but failed to capitalize upon it. A low cross from left flank was blazed over by Swami while Bikram missed an opportunity from close range.

As the game entered its final minute’s two back to back goals in the injury time ended the game for Dadra. Melvin Shaji and Akash Thapa both converted their Penalties to end the game 4-0.

“It is all about belief,” quips coach Bibiano Fernandes as India U16s script history
FC Goa launches new home jersey for the 2019/20 season