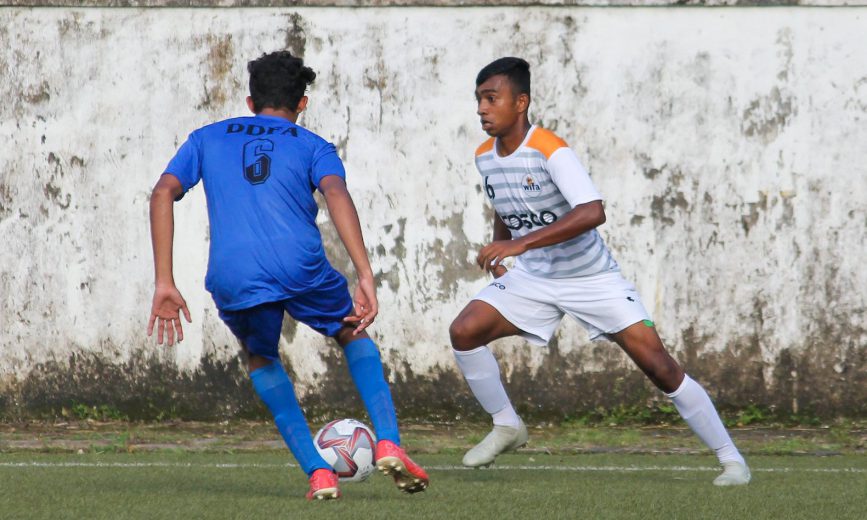 The opening game of 2019-20 Santosh Trophy (west Zone Qualifiers) began with defending champions Services taking on Gujarat. In a rather lopsided encounter, Services romped home to a 7-1 win courtesy of a brace each from Lallawmkima PC, Sreyas V.G, Muhammed Inayath.

It was Muhammed Inayath who set the tone to the game with his 17th minute opener. Six minutes later, he doubled the lead with a header to a cross from the right. Service continued their dominance on the field with possession and some swift passing. However, against the run of play Gujarat pulled one back through Mohammed Sheikh. Services restored their two goal lead through Lallawmkima before Novin Gurung made it 4-1 few minutes before the break.

On restart, Services once again pressed forward in search of goal and were well rewarded with few more goals. Lallawmkima completed his brace around the hour mark before Sreyas added the sixth to total goals through a penalty. In the 71st minute of the game, Shreyas completed his brace as Services finished the game 7-1 victor.

In a hard fought 2nd encounter of the day, Team Daman & Diu showed great character and resilience to keep Maharashtra attack at bay for most part of the game only to see it crashing in the final minutes of the play.

The game began with Maharashtra starting off as a better side with majority of possession however their striker’s profligacy and some resolute defence from Daman meant goals were hard to come by. Kamran missed a chance from close range while Yash mhatre’s header came off the bar as the first half ended without the deadlock being broken.

The story continued in the second half with Maharashtra pushing forward in search of goals and Daman holding a tight back line to deny them. Just when it seemed that Daman had managed to wither the storm and take the game to a draw, Maharashtra Super Sub Advait Shinde struck in the third minute of the injury time to give his side all three points.

India hold hosts Uzbekistan to qualify for the AFC U16 Finals
“It is all about belief,” quips coach Bibiano Fernandes as India U16s script history