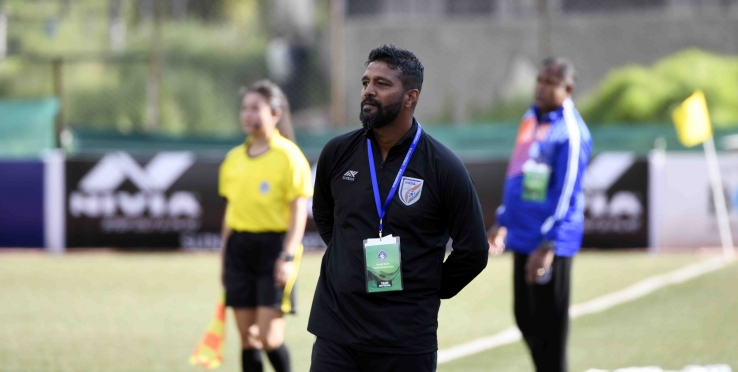 The SAFF U-15 Women’s Championship final will be all about the team that performs during the match, declared India head coach Alex Ambrose ahead of the big match against Bangladesh at the Chalimithang Stadium in Thimphu on Tuesday (October 15, 2019).

India finished top of the group stage with seven points from three matches, the same number of points as Bangladesh. However, India has finished ahead by virtue of a greater goal difference (+12).  India has scored 15 goals and conceded three in their three group matches, while Bangladesh has scored five times and conceded twice.

Ambrose, however, believes that past results will not count for anything as it will be the performance on the day that counts.

The final will be a replay of the penultimate group stage match between the same sides, a match that ended 1-1. Bangladesh head coach Golam Rabbani Choton also echoed Ambrose’s feelings as he stated that the match will swing the way of the team that takes its chances.

“It will be another crucial match. We have played really well in our last three matches. I think the final will be all about taking the opportunities. Whichever team takes their opportunities, will come out with the win,” said Choton.

Ambrose also spoke about the importance of his players enjoying the game that they play on the pitch, despite it being a final.

“It’s all about enjoying your football and winning, at the end of the day. I’m happy to see everyone really working hard. It’s good to see that these girls are taking football seriously, given the amount of support that the federation and the coaches are putting in so that they can go on and make a living out of the game,” he said.

India is set to take on Bangladesh in the final of the 2019 SAFF U-15 Championship at the Chalimithang Stadium on Tuesday, at 5.30 pm IST. The match will be streamed live on www.mycujoo.tv.