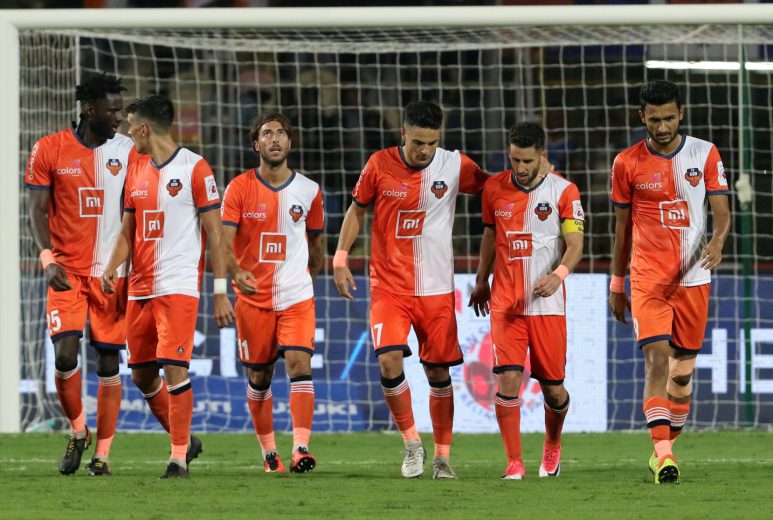 After suffering an existential crisis in until few years ago, the Gaurs in last five years have managed to rekindle Goa’s love for football with long-term plans and development at grassroots.

Once upon a time, Goan football was synonymous with the Big Four, more powerful than the Big Three in Kolkata. Dempo Sports Club, Salgaocar Sports Club, Churchill Brothers FC and Sporting Clube de Goa were among the more prestigious clubs in Indian football, and at least three of them won multiple titles. Sporting Clube came close twice only to falter at the final hurdle.

Within five years, the Gaurs have become the club for every Goan to follow. They have established deep roots into the football structure in Goa and are already working on long-term plans and development at the grassroots.

It has helped that FC Goa have been consistent performers in the ISL. Only once have they missed out on a top-four place, and in the last two years under Sergio Lobera, Goa have been able to bring a Spanish flavour into Indian football with excellent signings and attacking football on display.

Tandon is not far off the mark. In addition to their senior team exploits, the Gaurs have built an excellent pyramid with their youth academy and age-category teams interlinked to their senior team. FC Goa’s developmental team won the 2018-19 season of the Goa Pro League, eclipsing the likes of Salgaocar, Churchill Brothers, Dempo and Sporting, the established names in the region.

FC Goa also have U14, U16, U18 and U20 teams with a clear path for those who aspire to play for the senior side. In just two years, Mohammad Nawaz, Liston Colaco, Saviour Gama and Jonathan Cardozo have all progressed higher up the rank, and more will follow in their footsteps this season.

Goa have the highest number of local players in the team. Last season there were eight of them, more than any other club. Significantly, four of them – Mandar Rao Desai, Brandon Fernandes, Seriton Fernandes and Lenny Rodrigues – are all regulars in the team.

“We owe it all to the fans, we do it for them and we do it to engage with the community. We are committed to having Goans and locals in our squad. So, it is all thanks to our fans, the Goan community and how passionate they are about the game. So, if we can just give back to them what they give us, then we are simple custodians of their pride,” Tandon said.

For every home match in Goa, the sight of fans travelling to the Jawaharlal Nehru Stadium at Fatorda with their cars decked, faces painted and flags fluttering, is infectious. With Goa on fire on the field, and doing some commendable work beyond – the Forca Goa foundation trains more than 1000 kids throughout the year – this could continue for a long time to come.

Coach Igor announces 23 men final squad for Bangladesh Match
I want to make sure pressure does not affect my game: Sahal