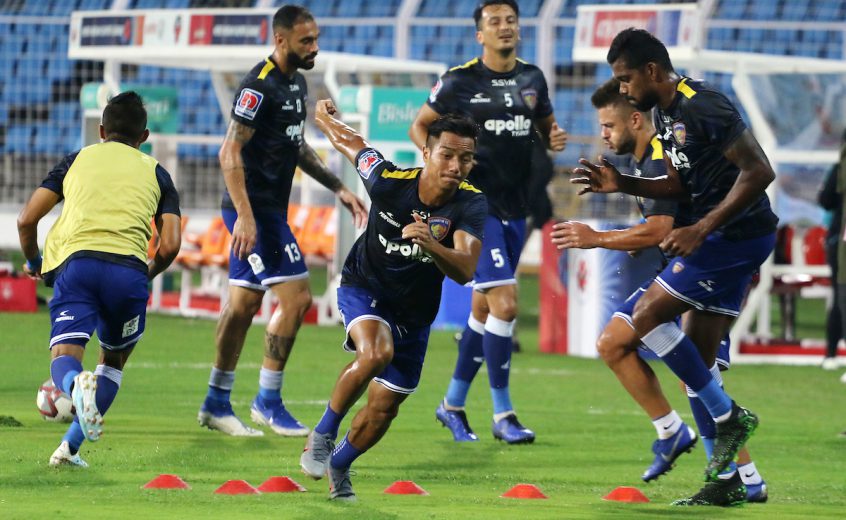 A revitalised Chennaiyin FC will look to build some momentum when they take on Odisha FC in a Hero Indian Super League clash at the Jawaharlal Nehru stadium here on Thursday.

Head coach John Gregory will hope that the dramatic nature of the result serves as a shot in their arm and rejuvenate their fortunes. He will also hope that their profligacy in front of goal will be a thing of past now. Although they dominated Hyderabad throughout the game on Monday, the goals came in only at the death. While they were rewarded for their persistence, they also failed to convert the ample opportunities which came their way.

“I’ve never had any doubts about my strikers. They score every day in training. I knew a lot about the two of them and their ability before they came here. They showed it in practice matches, but it was not happening in the ISL. It was worrying. But they both showed their quality against Hyderabad. I never lost my belief in them. Hopefully, there’s many more to come,” said Gregory.

The focus will certainly be on winger Lallianzuala Chhangte as he spent a season under the tutelage of Josep Gombau before choosing to switch to Chennai. Odisha FC have replaced Chhangte with Jerry Mawihmingthanga, who has provided as many as three assists this season.

Odisha FC too have only managed to register one win from their five matches. In each of their games, they have dominated possession statistics and played an exuberant brand of football which has not always yielded the best result.

While their defence has shown a lot of improvement from last year, they are coming off two consecutive goalless draws. But Gombau is not a worried man. “The most important thing is to create chances. If you create, you will score at some point. We work on training, improving our crossing and finishing. We have scored six goals in five games which is not a bad number. We have not scored in the last two matches but hopefully, we can score early,” he said.

Xisco Hernandez could be handed a start in Chennai in order to further boost their creative output. Gombau also chose to field his foreign players in the outfield as opposed to having Francisco Dorronsorro in between the sticks in the previous game against ATK. Although Arshdeep Singh gave a decent account of himself, it will be interesting to see if the Spaniard continues to pick his foreigners in the outfield.

Chennaiyin have just four points from five games while Odisha have five to their name. A win on Thursday is critical to both teams.

With good showing in ISL, Sergio Castel aims for La Liga
Mumbai ride on Chermiti brace to hold NorthEast to a 2-2 draw