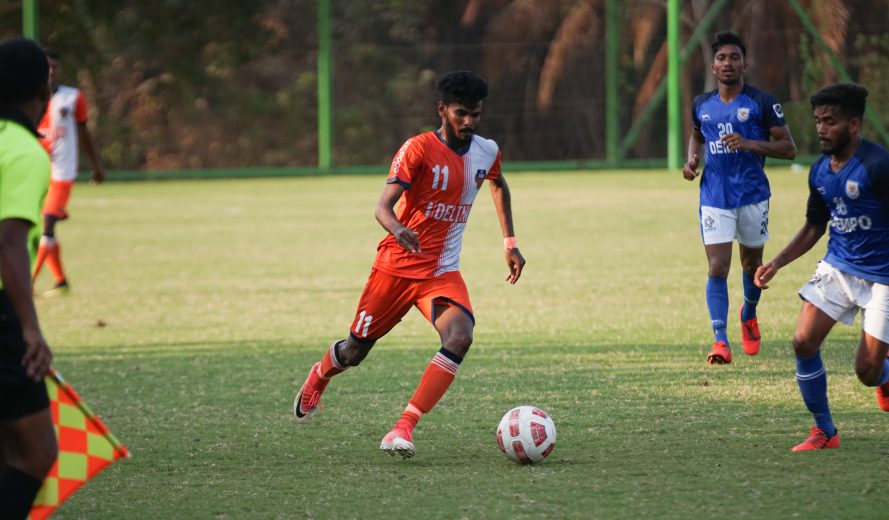 Goa, June 2019: Midfielder Princeton Rebello has signed a new long-term contract with the club, keeping him at FC Goa till the summer of 2022.

The 20-year-old has been with the club since 2017 and made his senior team debut in the Super Cup where he came on as a substitute in the quarter-final against Jamshedpur FC. He would do the same again in the semi-final win over Chennai City FC.

Articulate on the ball, the Goan native was instrumental in helping the Developmental team to the Goa Professional League title. Playing the role of a central midfielder, Princeton helped set the tempo for the Gaurs in the games whilst also chipping in with 2 goals and 3 assists.

“What can I say? I feel elated. This is the first true team that I was a fan of and now to commit my future to them is the stuff of dreams. The new contract is a sign that the management has confidence in me and I am heading in the right direction. I made my debut this season in the senior team and won a couple of trophies, but I am hungry for more. I have set the bar really high for myself and hope to achieve a lot more in the coming years,” stated a delighted Princeton after putting pen to paper.

FC Goa President, Akshay Tandon said, “He’s a very exciting player. We’ve already seen some magic from him in the Developmental team games in Goa. Now it’s time for him to show his magic to the rest of India. The club is looking forward to seeing what he has in store for us in the years to come.”