Parents precious sacrifices have helped me concentrate on my game: Nikhil Prabhu 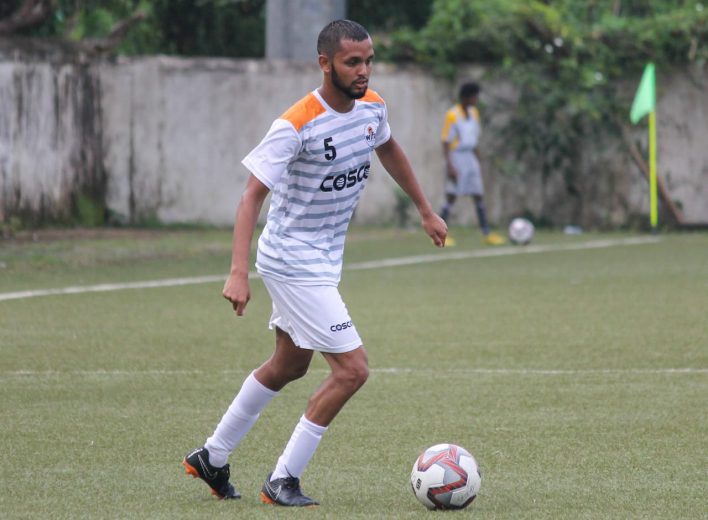 From University Football and Khelo India games to Youth I League, MDFA Elite Division and then Santosh Trophy to almost touching the doorstep of India U17 National team. He might have missed representing the country at the prestigious FIFA U17 World Cup in 2017, but Mumbai’s Nikhil Prabhu at 19 has already had quite an adventurous journey in Football and yet he believes this is just a beginning.

Having started his football career back in Gujarat, Nikhil got into football at the age of 9 when his school had a compulsory one sport option. Once Nikhil started his football training under professional coaches his interest soon turned into passion and there was no looking back for the youngsters afterwards.

Nikhil went on to represent Gujarat in state level tournaments at an early age. Yet chances beyond school football were very few and rare and hence to explore more opportunities, Nikhil and his family moved from Surat to Mumbai. In Mumbai, Nikhil was roped in by then I league Club Mumbai FC, where under professional and reputed coaches, young Nikhil impressed everyone and went on to represent the club in Youth I league for 3 consecutive years. 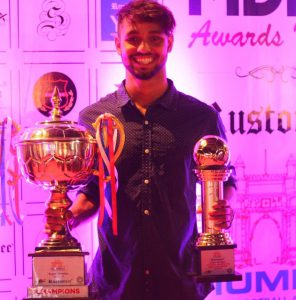 Nikhil, for whom Sergio Ramos is an inspiration, has been touted as one of the best young defender in Mumbai, winning ‘Best Defender trophy’ on numerous occasions like U17 MaharashtraState Championship, MDFA Super Division etc. “As a defender one needs to be aggressive. Sergio Ramos is one of my biggest inspirations as a Defender and I watch his videos to learn the trade better”

But it is his father Jayantha that Nikhil keeps in high esteem, “In life, one always require personal mentor, who can understand you on both, emotional and professional level and helps you grow in life as a human being. For me my biggest motivator has been none other than my dad, who comes to watch and cheer me in my every game. He has helped me understand the value of hard work, being humble, respecting opposition. My Coaches too have helped me grow always helping me out on my weakness and short comings”

Asif Khan: From College Football to the ISL Main Team

With an eye on a bigger dream, Johnson Mathews aims to take one step at a time

Nikhil believes it is due to his parent’s motivation and sacrifices that he has reached so far, “My Parents have been my biggest motivator.” Nikhil continues, “They have always been there for me through my thick & thin football journey, allowing me a free hand to pursue my Football Career at different level. My parents have traveled & accompanied me across India to cheer me. You can’t get better follower/Spectator/fan than that and I am blessed & fortunate for it. They have sacrificed so many family vacations in the last 3 – 4 years just to support my football dream. These precious sacrifices have helped me to understand life better and concentrate on my game.”

Nikhil who currently plays for Hyderabad FC Reserve teams has a certain standards that he likes to maintain be it on field like reaching for training an hour in advance or his gym workouts. Every now and then Nikhil would also turn up for a 5 Sided Box Football matches with Professional Footballers so that he can work more on increasing his speed and skills. He has even went on to represent India on F5WC 2019 World Finals held in Cape town, South Africa, where he played against the likes of China, Colombia, Italy and Israel players.

Nikhil’s exploits didn’t go unnoticed as he was drafted into 40 probable’s squad for the FIFA U17 World Cup. Due to some cut-throat competition, Nikhil failed to make the final cut despite that the youngster had only positive to take from it, “India U 17 World Cup is always a dream for any young players.  Initially I felt a bit disappointed, however I took this as an opportunity to work even harder to achieve my goals and take my game to next level.”

Nikhil, who watches all ISL games along with European Leagues, closely follows India International Sandesh Jhingan and Rahul Bheke in Indian Football. His father during the Interview said, “I want to see Nikhil with India Jersey.” Well the way, he has been playing it won’t be long before Nikhil would start playing alongside his idols after all as Nikhil believes this is just a beginning.