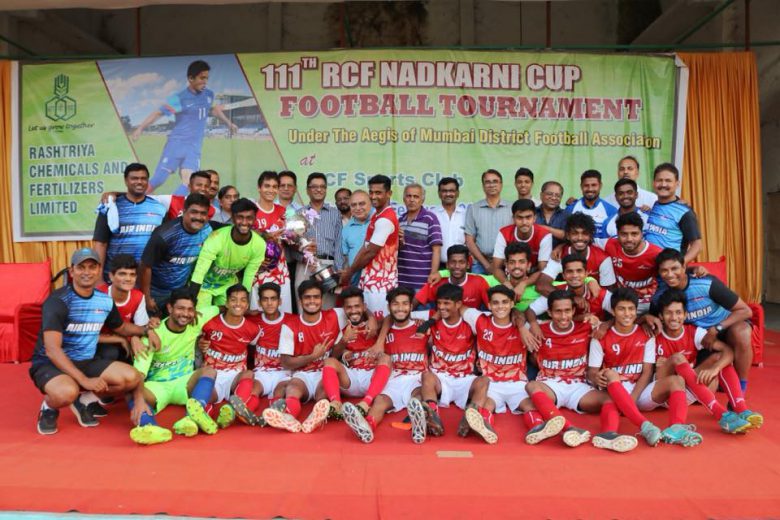 The 2019 edition of Nadkarni Cup is all set to kick-off on 21th August at Cooperage Ground, under the aegis of Mumbai Football District Association (MDFA)

One of the oldest football tournaments in India – Nadkarni Cup, will feature 16 teams split into 4 groups. The tournament will commence from 21st August.

Defending champions Air India will be eyeing their third title in a row. In the last edition of Nadkarni Cup, Elite Division side Air India defeated UBI 2-1 in the final clash to clinch the title in what was their 2nd consecutive title. A season before, Air India had defeated PIFA Colaba 3-2 in the title clash.

The Nadkarni Cup carries great prestige in Mumbai Football and has seen several Indian greats take centre stage in this tournament over the years. The tournament has a great history of producing some of the most exciting games in Mumbai’s football history and is a tournament which guarantees some high-profile upsets.

The group stage of the tournament will run from August 21 to September 5, after which the Quarter-finals and Semi-finals will be held till September 9th. Date for title clash will be decided later on.

Based on tournament history, Air India will be start favourites for the title. However, one could see UBI has strong contenders for the title too, The club had recently lifted Independence Cup and will be raring to better last season’s runners-up performances.

Elite Division Champions Mumbai Customs and KSA will be the teams to look out for this season. Indian Super League side Mumbai City FC will be fielding their reserve squad for the tournament.

Fixtures of the tournament: 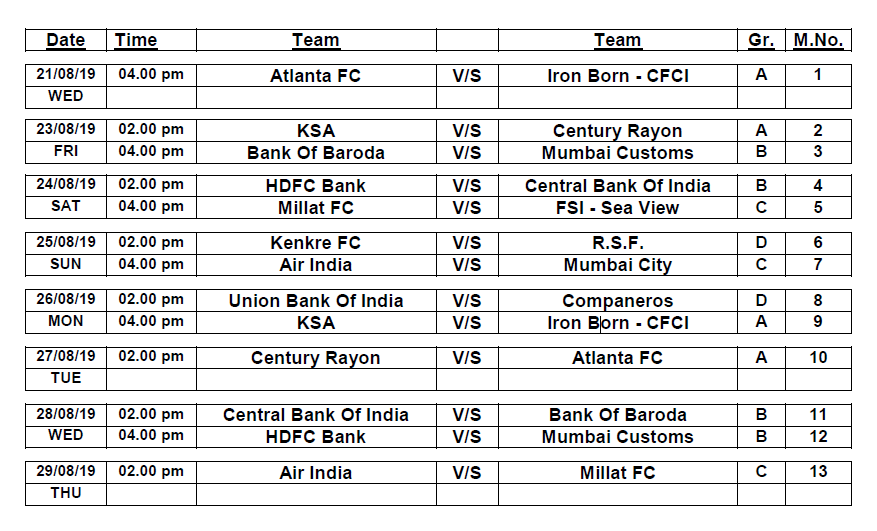 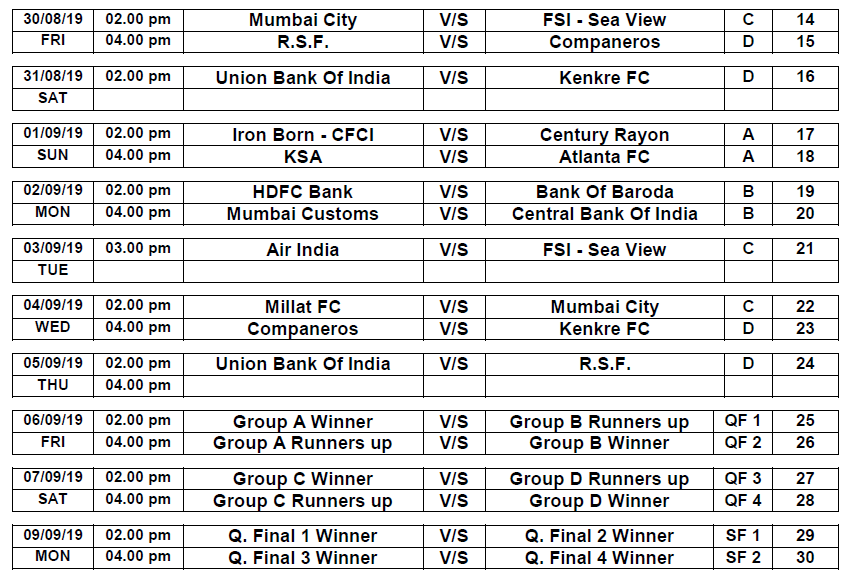